Skip to main content
You are the owner of this article.
Edit Article Add New Article
You have permission to edit this article.
Edit
Home
Local News
School and Sports
Community
Obituaries
Arrest Reports
Opinion
Real Estate
1 of 12 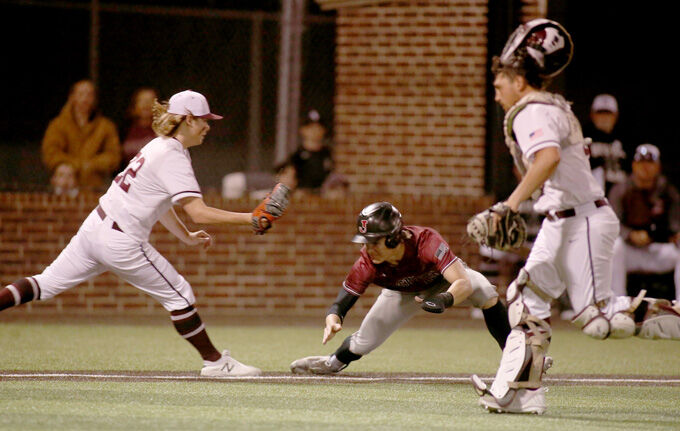 Jasper High School Bulldog’s Seth Ross is tagged in the run down between 3rd and home by Hudson’s Mathew Gardner, Friday April 8, 2022. 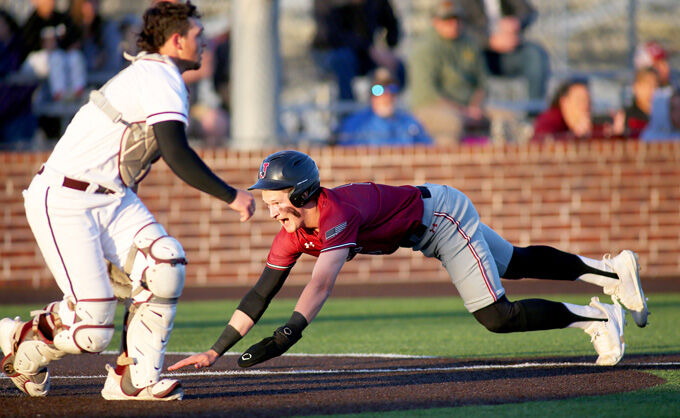 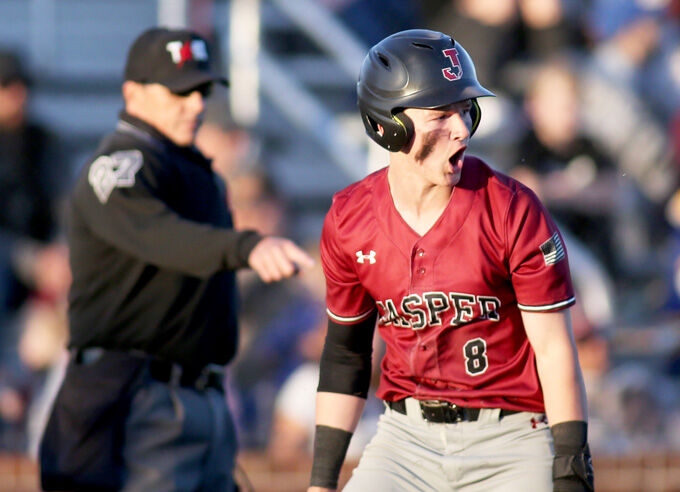 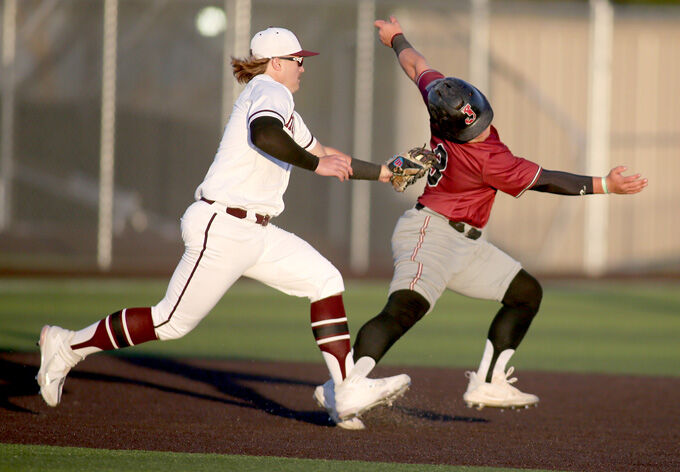 Jasper's Brock Lackey gets tagged out in a rundown between 3rd and 2nd base by Hudson’s Collin Pitts in the 1st inning, Friday April 8, 2022. 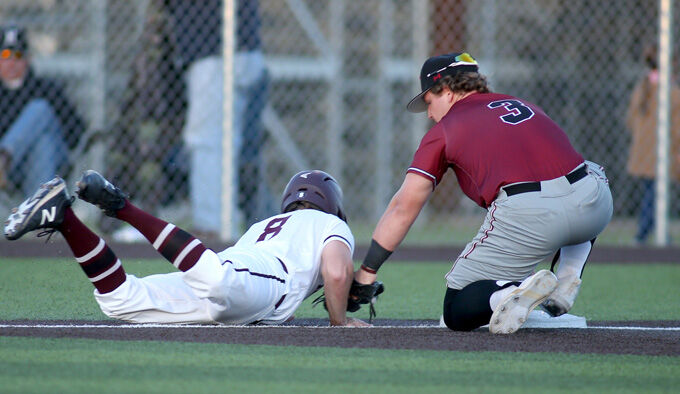 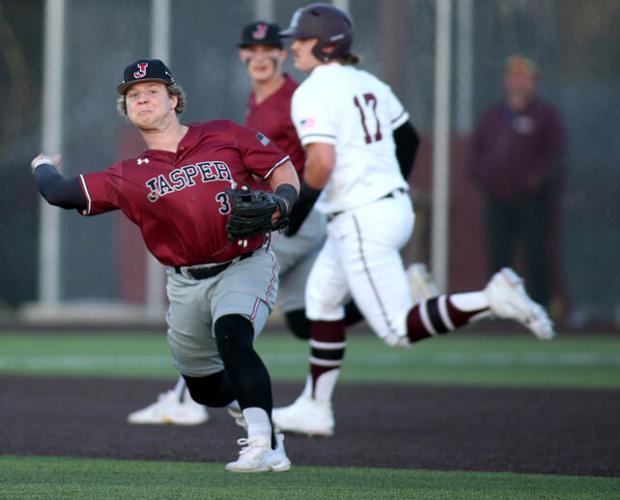 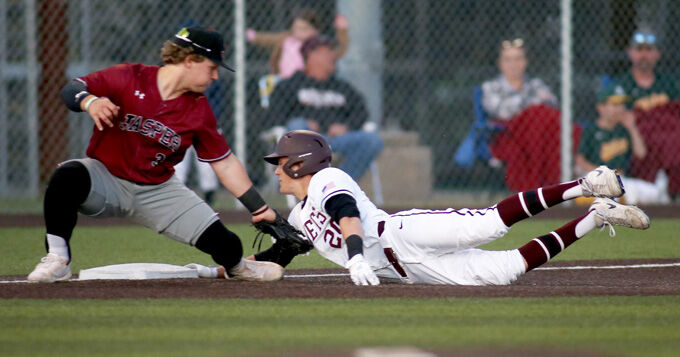 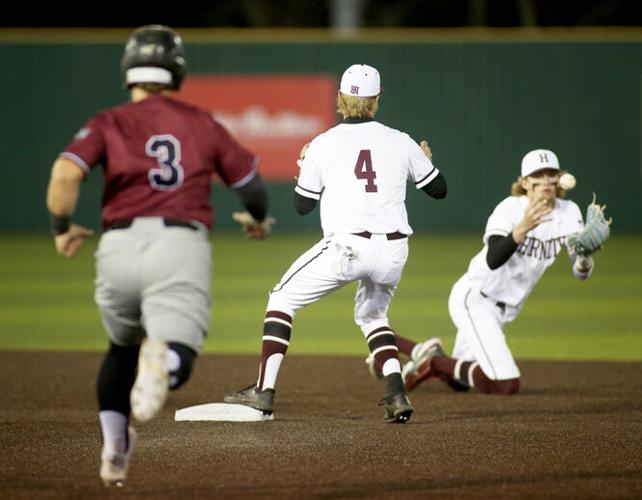 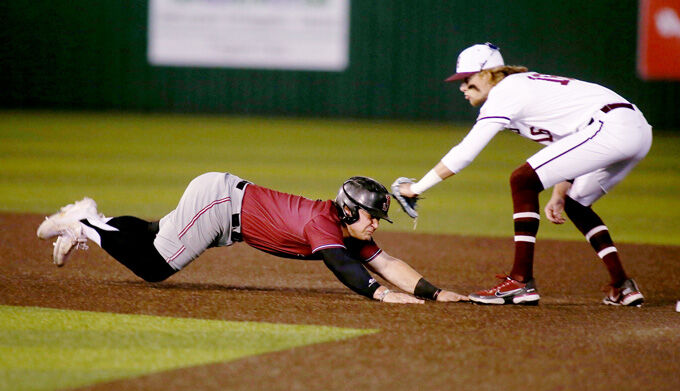 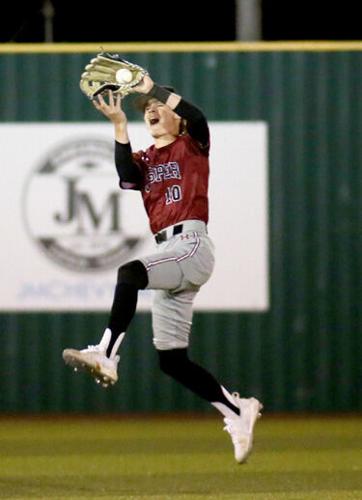 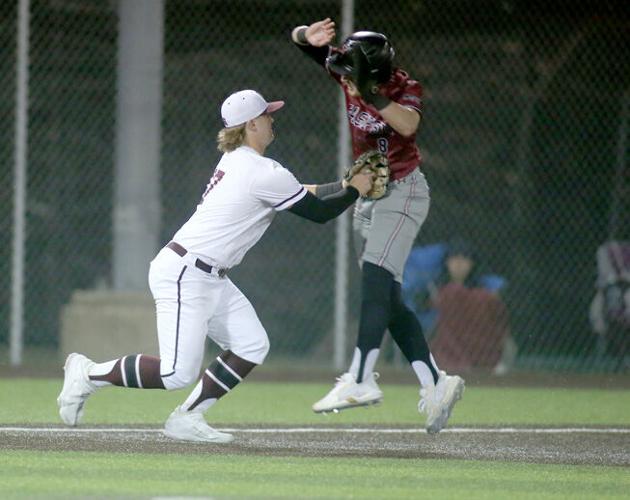 Jasper High School Bulldog’s Seth Ross is tagged in the run down between 3rd and home by Hudson’s Mathew Gardner, Friday April 8, 2022.

Jasper's Brock Lackey gets tagged out in a rundown between 3rd and 2nd base by Hudson’s Collin Pitts in the 1st inning, Friday April 8, 2022.

The Jasper Bulldog's Varsity baseball team traveled to Hudson Friday for a 7:00 pm rematch with the Hornets. In a game that took 13 innings and 3 hours and 56 minutes to complete, the Hudson team outlasted the Bulldogs by a final score of 7 - 6. It was a sweet victory for the Hornets, as they lost in extra innings Tuesday night to the Bulldogs in similar circumstances by a score of 6 - 5.

Entering the bottom half of the seventh inning, the Bulldogs still held the 6 - 3 lead and needed only three out on the Hornets to secure the win. Starting pitcher, junior Kayden Caraway seemed on his way to a victory after getting the first two Hudson batters out on a fly ball and groundout. A Bulldog defensive error on the next batter allowed Hudson to have a runner on first base. Hudson's Blake Slaga then rips a base hit putting runners at first and second base. Caraway at the point had thrown 111 pitches nearing his maximum limit of 115. Needing only one more out for the win, Coach Stephen Westbrook elected to pull Caraway and bring in junior Hudson Faircloth for the save. The Hornet's Nolan Larson ripped Faircloth's first pitch for a single and the bases were loaded. Faircloth gives up another single to

Hudson's Kanaan Holder who drove in one run. A third consecutive single was hit by Hudson's pinch hitter, Kade Clifton driving in two runs tying the score a 6 - 6.

The Bulldogs were finally able to get the next batter to fly out and send the game to extra innings.

To everyone's surprise, the game went six additional innings with neither team able to mount much of a scoring threat. After the Bulldogs failed to score in the top half of the 13th inning, Faircloth was able to get the first two Hornet batters out on a strikeout and fly ball to centerfield. The Bulldogs again were one out away from sending the game into more extra innings. Another Bulldog defensive error allowed the next Hudson batter to reach first base. The next batter is issued a walk by Faircloth and Hudson now has runners on first and second base. Faircloth had now thrown 94 pitches in relief and Coach Westbrook wanted a change. He decides to bring in junior Carlton Limbrick to try and get that needed third out.

Limbrick's first pitch to Hudson's Blake Slaga is drilled down the third base line for a hit scoring the tie breaking run giving the Hornets the victory.

Jasper's loss coupled with Rusk's loss to Carthage by a score of 5 -4, allows Jasper to remain tied for the district lead with Rusk with 3 - 1 record each.

Jasper will travel to Carthage Tuesday evening for a 7:00 pm district contest. Due to the holiday on Friday, Jasper will host Carthage on Thursday for their second game of the week at 7:00 pm in Jasper.