Skip to main content
You are the owner of this article.
Edit Article Add New Article
You have permission to edit this article.
Edit
Home
Local News
School and Sports
Community
Obituaries
Arrest Reports
Opinion
Real Estate
1 of 9 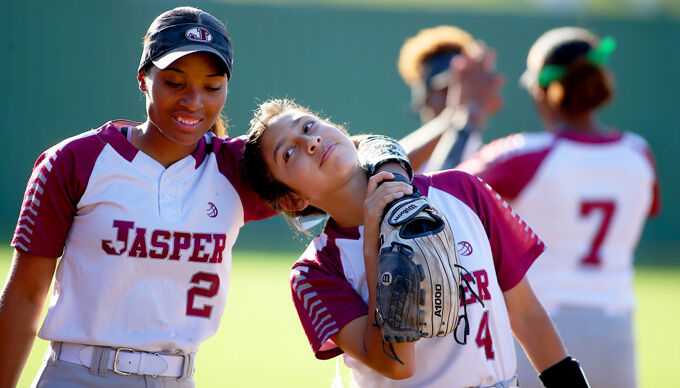 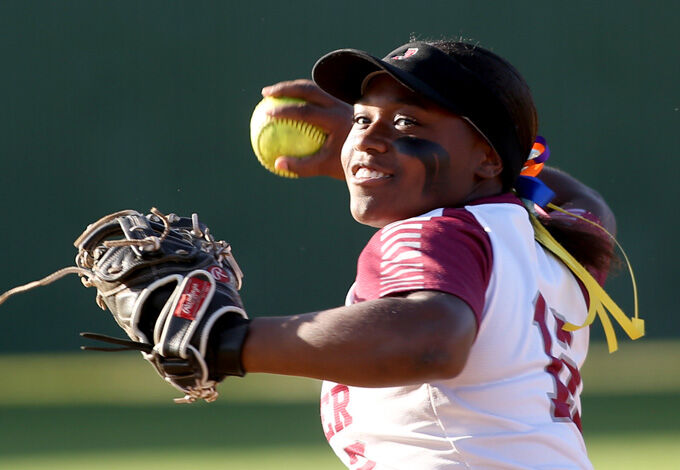 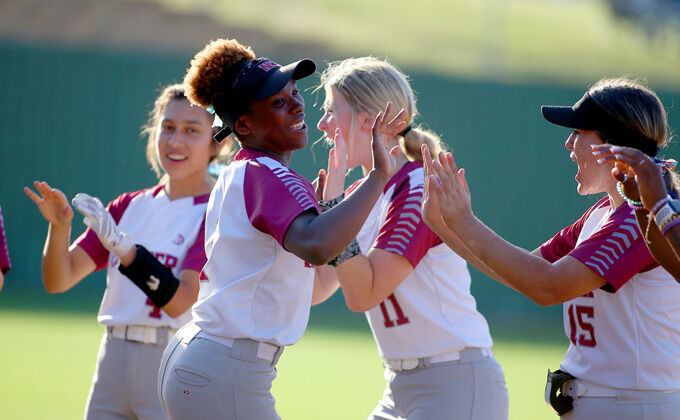 Jasper High School Bulldog Jakayla Shankle is introduced prior to the game against Carthage, Thursday April 14, 2022. 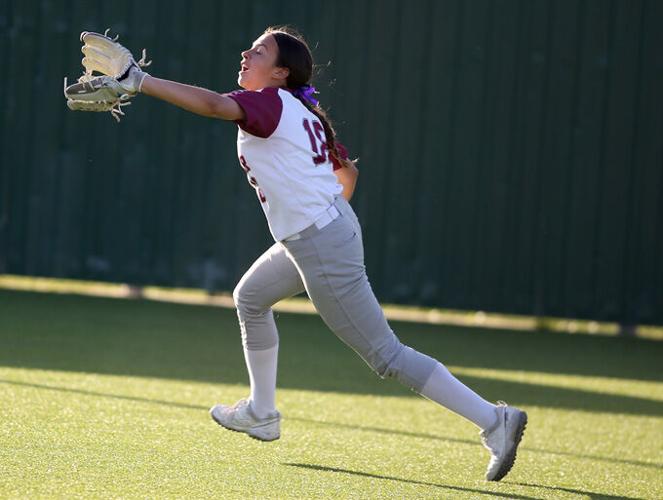 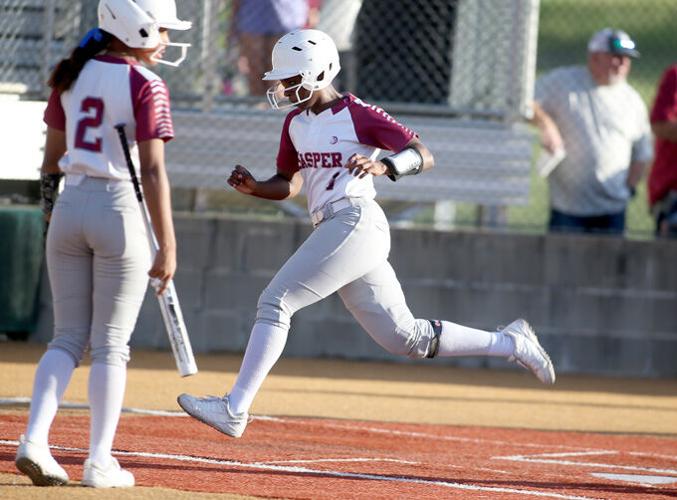 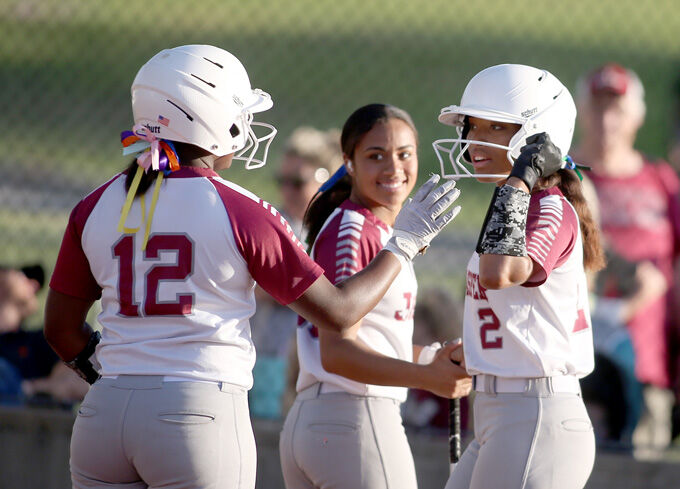 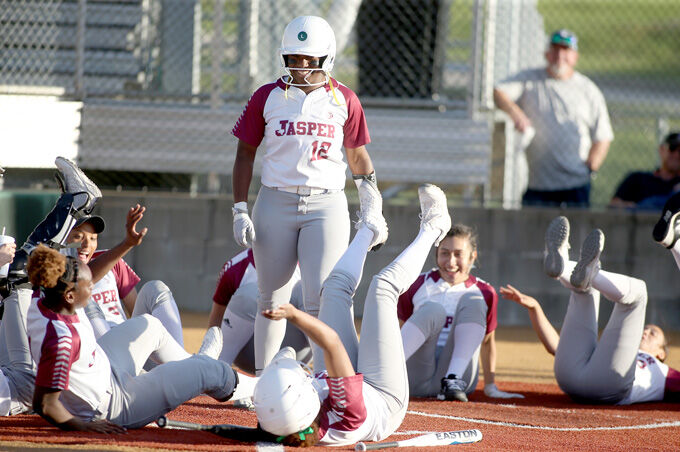 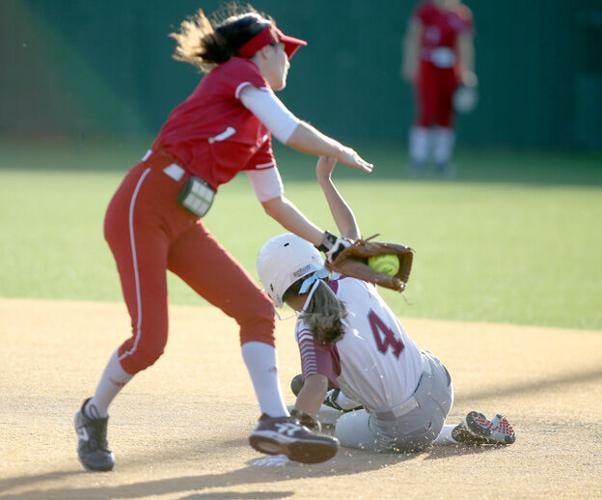 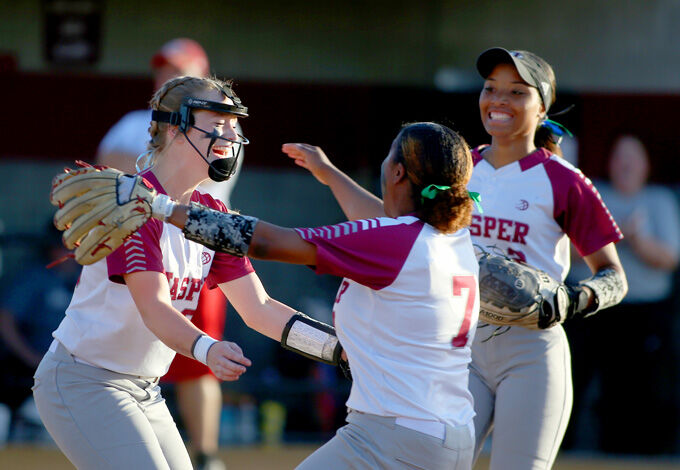 Jasper High School Bulldog Jakayla Shankle is introduced prior to the game against Carthage, Thursday April 14, 2022.

The Jasper Lady Dawgs Varsity softball team hosted the Lady Dawgs from Carthage in a scheduled 6:30 pm contest Tuesday evening in Jasper. Jasper was able to clinch the 17-4A District title with a 10 - 1 win over the Carthage team.

Carthage scored their only run in the first inning on a leadoff triple by Jones.

The next batter lines out to right field allowing Jones to tag and score from third base. Jasper counters with five runs in their first inning, JaKayla Shankle leads off with a double, followed by a triple from Madison Smith scoring Shankle. Kiara

Sells hits a Home Run scoring her and Smith. Marissa Williams follows with a Home Run making the score 4 - 1. Aimee Coleson is hit by a pitch advancing to first base. Erika Gomez enters as a courtesy runner for Coleson. Gomez steals second, advances to third on a flyout after tagging up, then scores on a passed ball giving Jasper the lead by 5 - 1. Jasper picks up three additional runs in the fourth inning and two more in the sixth inning including Kiarra Sells' second HOME RUN of the night.

Aimee Coleson pitched seven strong innings allowing one run on two hits and recording nine strikeouts in picking up the win. Coleson entered the game needing only one strike out to break the 100 mark. She now has 108 strikeouts for the season.

Jasper will travel to Center on Tuesday for a scheduled 6:30 pm contest against the Lady Roughriders.