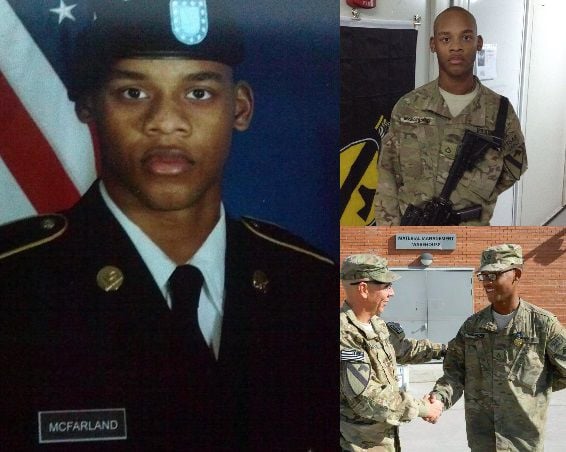 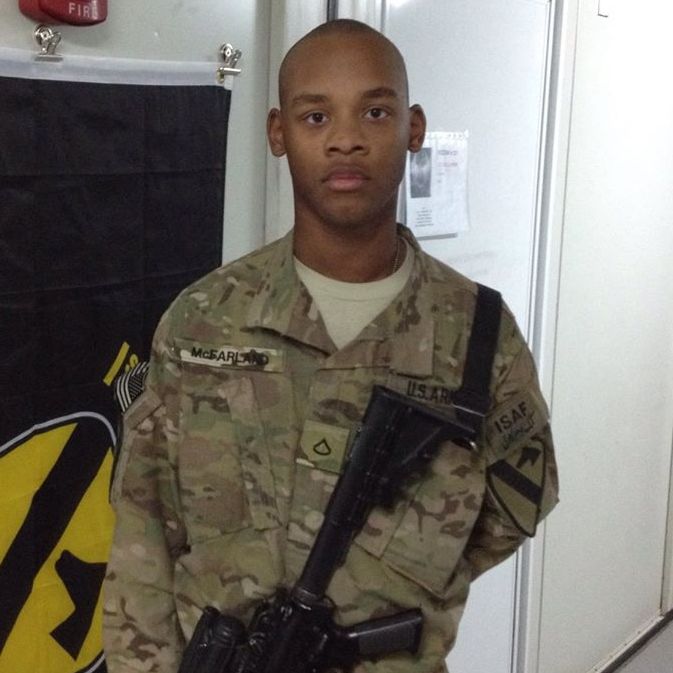 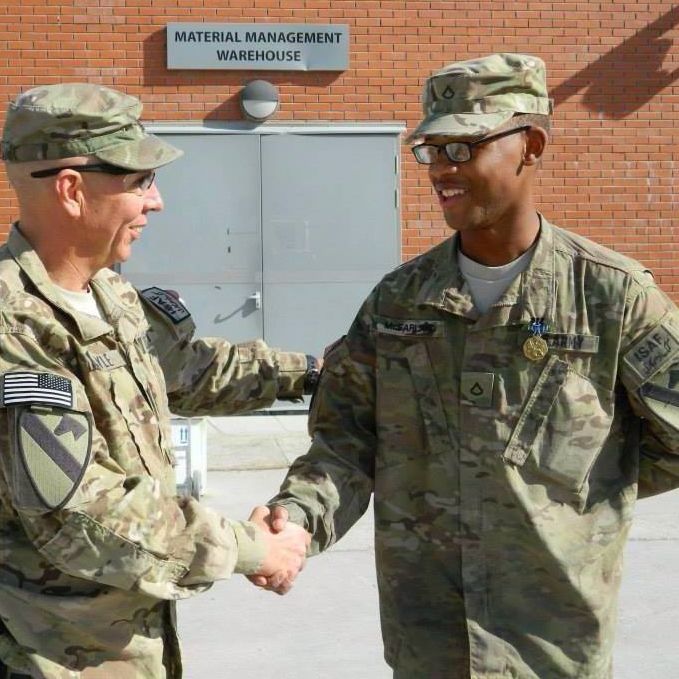 Specialist Jacoby Ramon McFarland was born January 28, 1994 in Jasper, TX. to Aaron and Marcia McFarland. In his teenage years he was raised by his parents Aaron McFarland and Marcia and Hank Bronson.

Jacoby McFarland gave his life to Christ at a young age and was an active member of Armstrong Memorial CME Church where he served as an usher, youth choir member and Sunday school secretary. Spc. McFarland graduated from Jasper High School; Class of 2012. He was a member of the Jasper Bulldogs football team and played trumpet in the school band.

In 2013 he joined The United States Army as a 74 Delta Chemical Radiological Biology and Nuclear Specialist. In his spare time Jacoby enjoyed watching football and was a huge fan of the Dallas Cowboys. He also enjoyed playing his PlayStation better known as screen name Ez Money_511.

They gathered by the hundreds in Woodville on Monday, throngs of people lined up along Highw…

U.S. Army Specialist and Jasper native Jacoby McFarland has died, and military veterans or a…