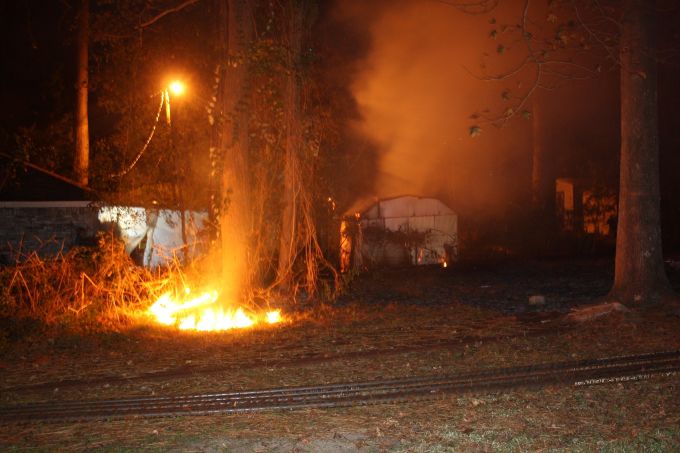 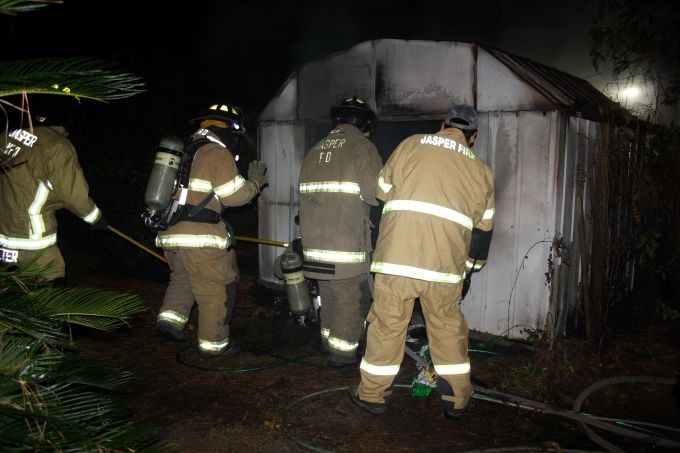 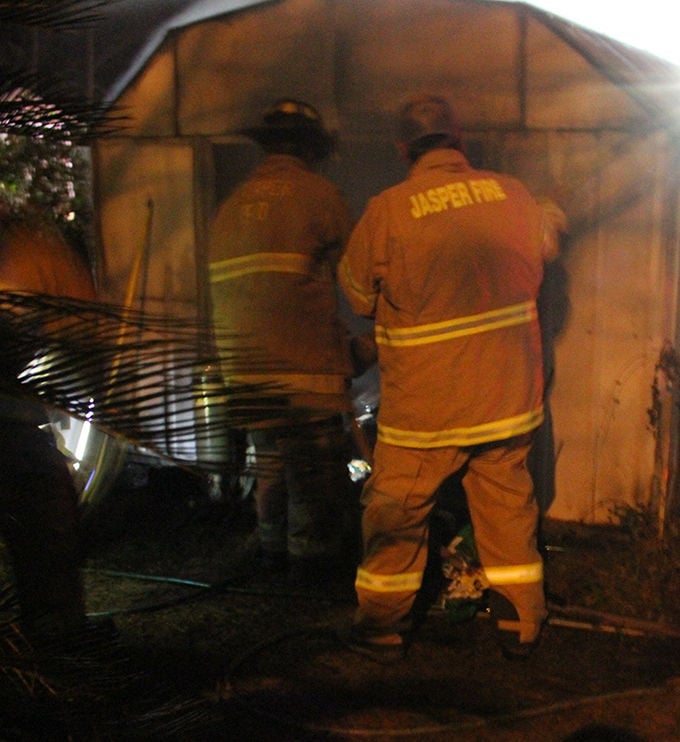 Firemen work to extinguish the fire in the small building. 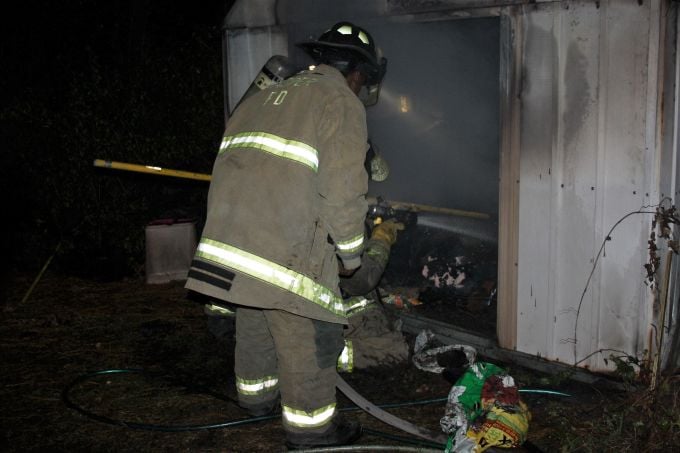 Firemen work to extinguish the fire in the small building.

Jasper Fire Marshal Brandon Duckworth is investigating a fire that broke out shortly after 6:00 on Thursday evening at 152 Olen Street on the south side of Jasper.

The volunteers of the Jasper Fire Department, who were participating in the Annual Christmas Parade in Downtown Jasper, had just returned to the station, when it was reported that a small storage building behind the home of Nora Northcutt was on fire.

Firemen arrived at the scene to find flames and smoke coming from the structure, which was less than 50 from the home and soon extinguished the fire. The damage was limited to the storage shed and no injuries resulted from the incident.

An unidentified woman, who was visiting a neighbor, said she believed that a fire left unattended by another neighbor spread to the structure. Duckworth said Friday that it appeared that the fire spread from the trash fire, going through the fence and to the shed.