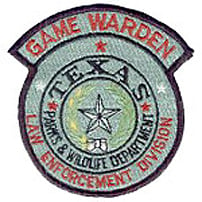 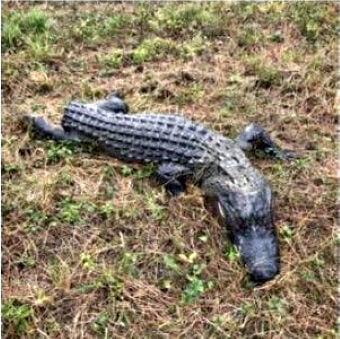 KJAS News learned over the weekend that Texas Parks & Wildlife game wardens are getting close to making an arrest in an animal cruelty case involving an alligator.

On Saturday afternoon the investigation lead several game wardens to a house in the 900 block of County Road 100, also known as Pine Ridge Road, in the Bevilport Community. The house is very close to the location where an alligator, alive and suffering with its entire tail cut off, was found on Tuesday, October 12th at the intersection of Farm to Market Roads 1747 and 2799.

The large adult alligator was dead when game wardens arrived a short time later, but it’s not known if the animal died as a result of the traumatic injury, or if someone mercifully put it out of its misery.

Texas Parks & Wildlife offered a $1,000.00 reward for information that resulted in an arrest and conviction in the case, and that reward was soon doubled to $2,000.00 by Gator Country owner Gary Saurage and his wife, Sharron.

TP&W offers reward after unimaginable cruelty to an alligator

Texas Parks & Wildlife is investigating a case of unimaginable cruelty to an alligator, …