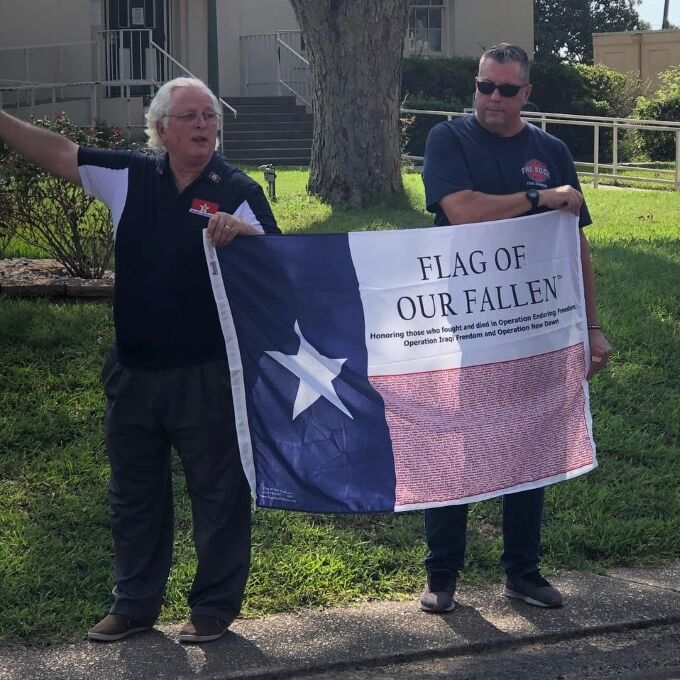 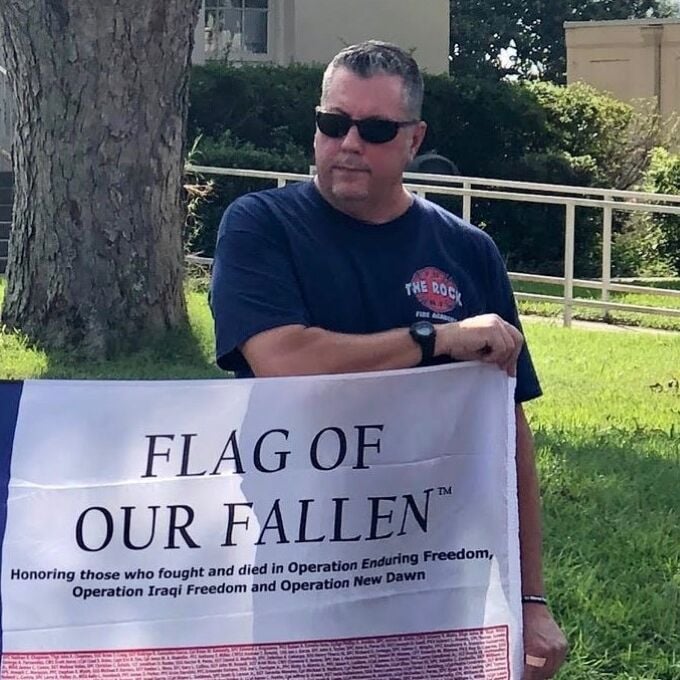 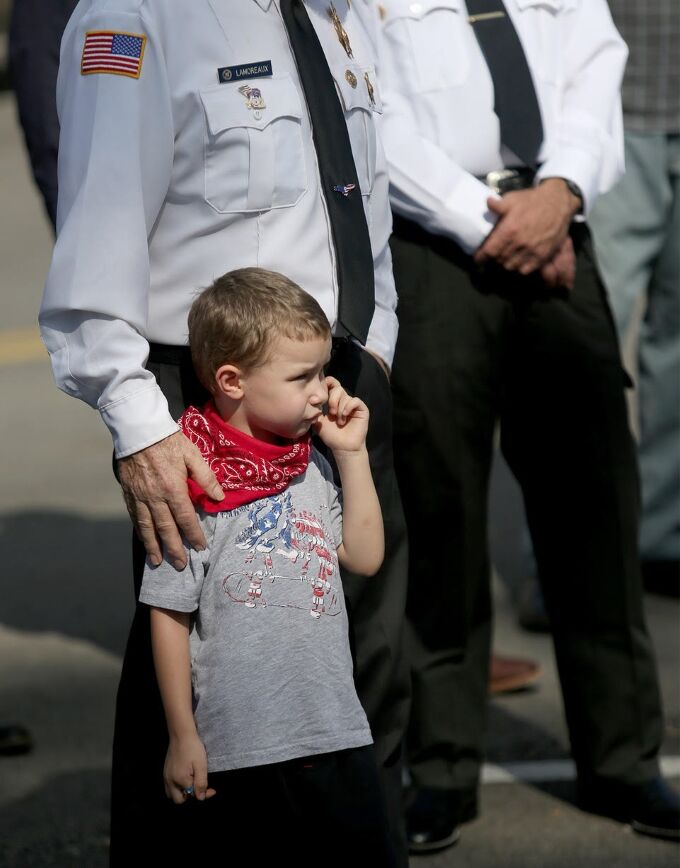 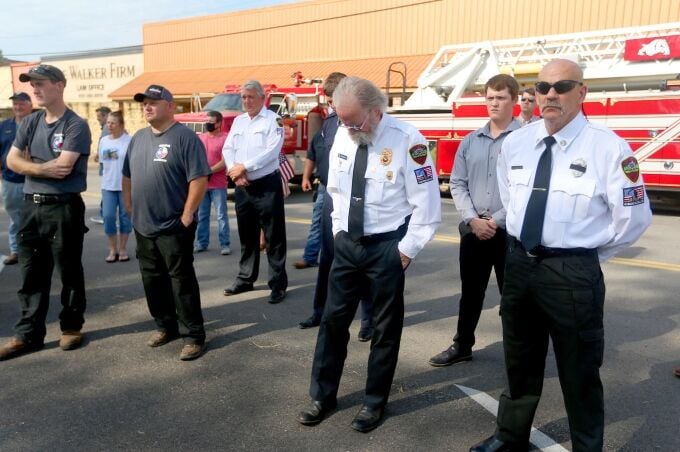 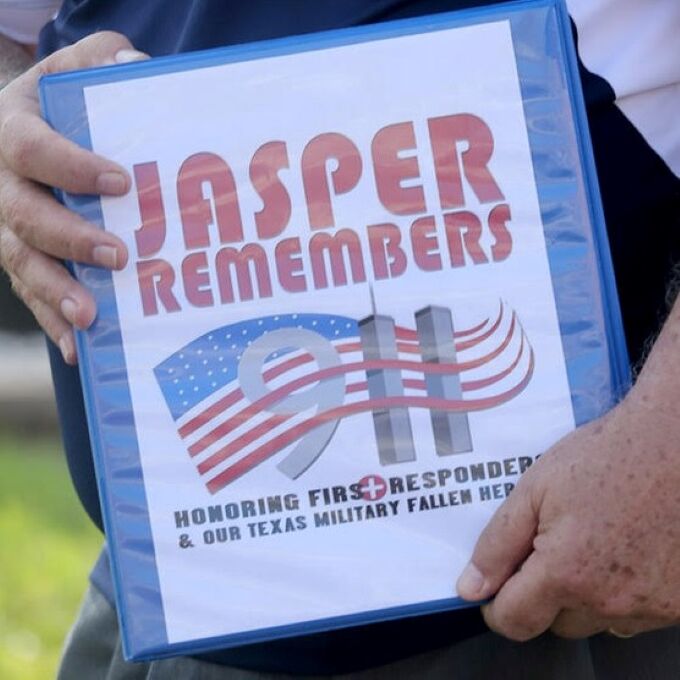 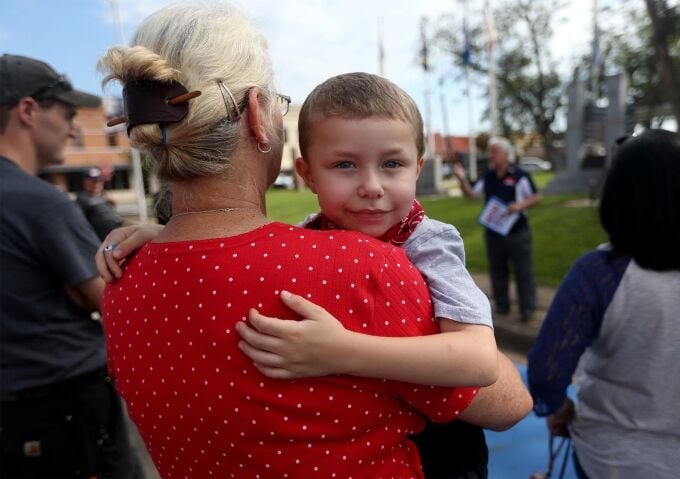 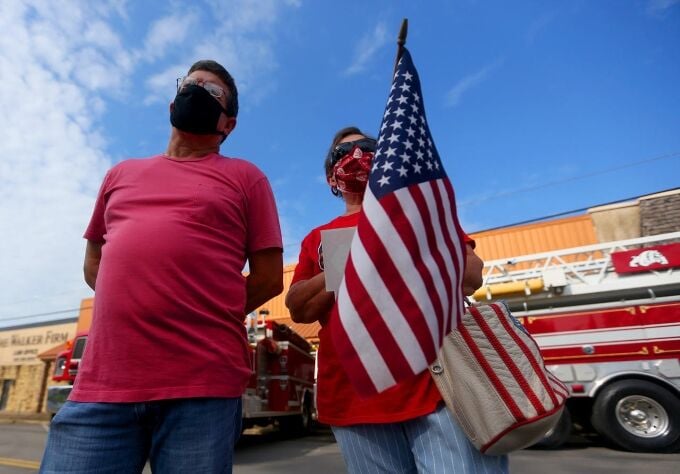 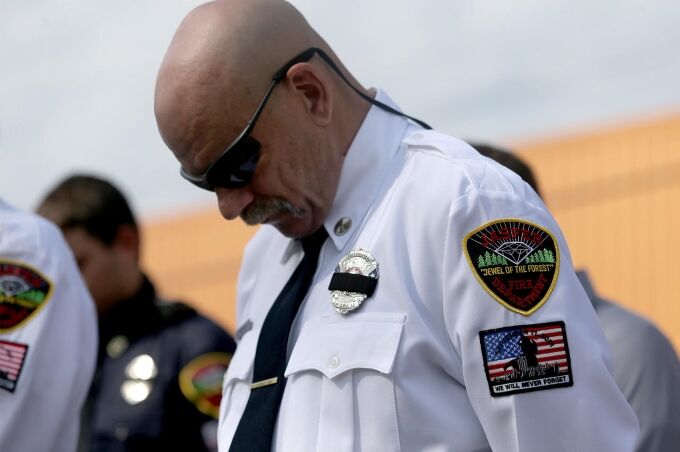 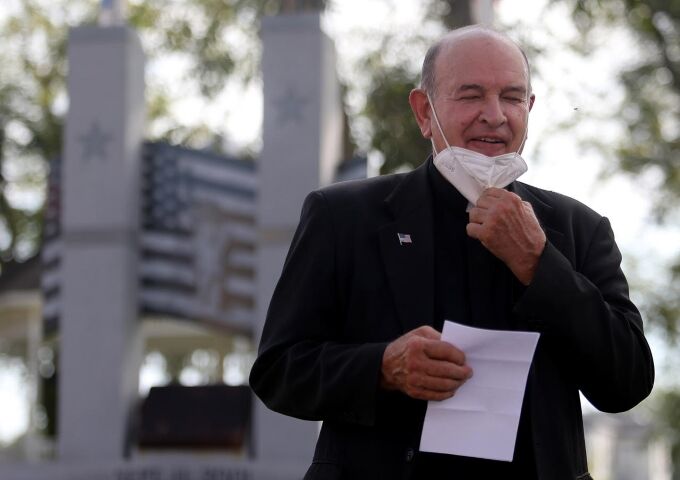 Local firemen, first responders and other emergency crews took out time on Saturday to remember the 9-11 terrorist attacks and not only those that died in the tragic event, but also the many different vehicles that came forth to save others.

The event was held on the west side of the courthouse square in Downtown Jasper in front of 9-11 and Veterans Memorials.

Roy James who served as moderator was joined by local businessman Chris Lanier, Father Ron Foshage and others as he remembered the tragic day and what transpired following the attacks on the World Trade Center in New York, the Pentagon in Washington and the crash of an airliner in Shanksville, Pennsylvania.

Unveiled for the first time was a flag which was specially designed to remember those that have fallen in the line of duty since the disaster.

The Flag of Our Fallen was created as a way to remember those veterans from Texas who have died in the role of serving our country since the 9-11 Disaster.