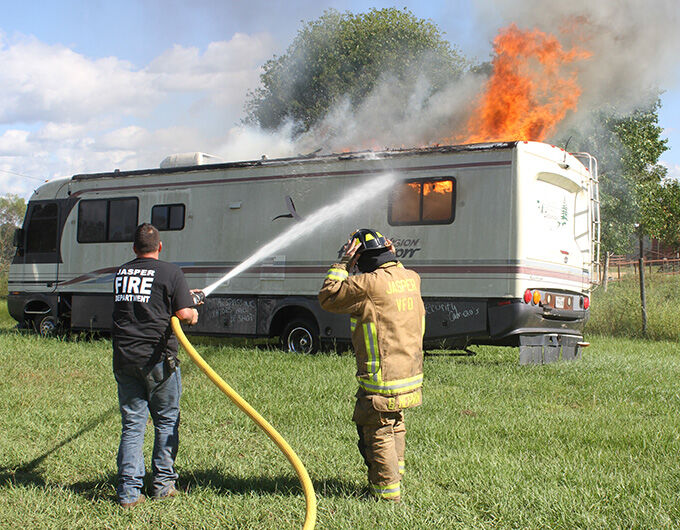 Two firefighters battle the blaze shortly after their arrival at the scene of the fire on Monday. 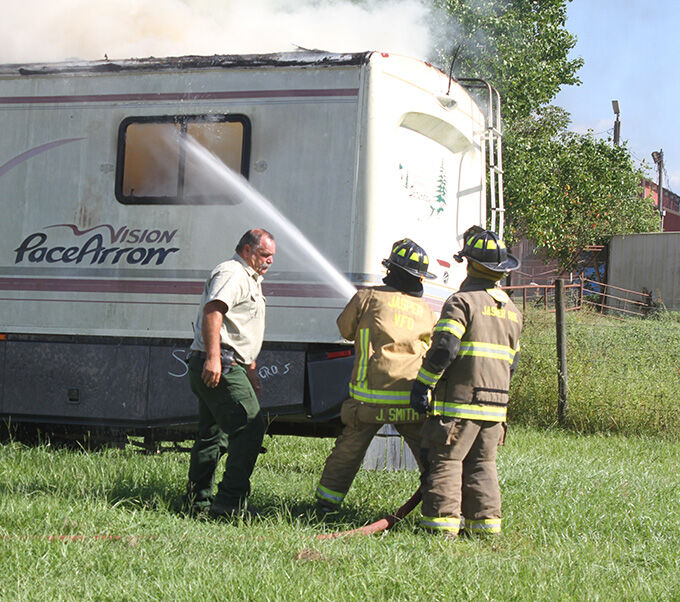 Two firefighters battle the blaze shortly after their arrival at the scene of the fire on Monday.

The volunteers of the Jasper Fire Department were dispatched to the Cofty RV Park on County Road 261, also known as “Old Highway 8” on the north side of Jasper, shortly after 4:00 on Monday afternoon, when it was reported that a large motorhome was on fire.

Upon their arrival, flames could be seen coming out of a side window of the 2016 Pace Arrow Vision motor home with the fire quickly spreading through the vehicle. However, the firefighters immediately went to work attacking the blaze and soon had it under control.

A great portion of the motor home was destroyed. However, no injuries resulted from the incident.

It is unknown who owned the home, but records show it was registered to a resident of Brookeland. The cause of the fire is also unknown, but Jasper Fire Marshal Brandon Duckworth is investigating the incident.