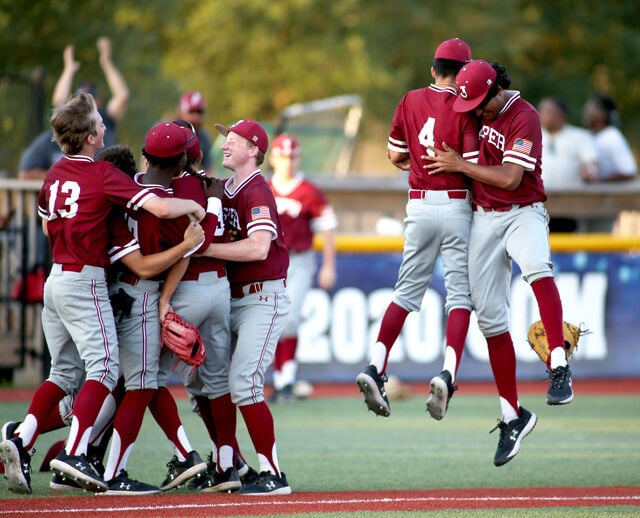 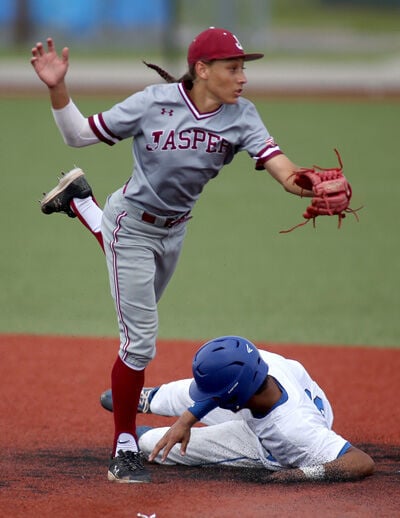 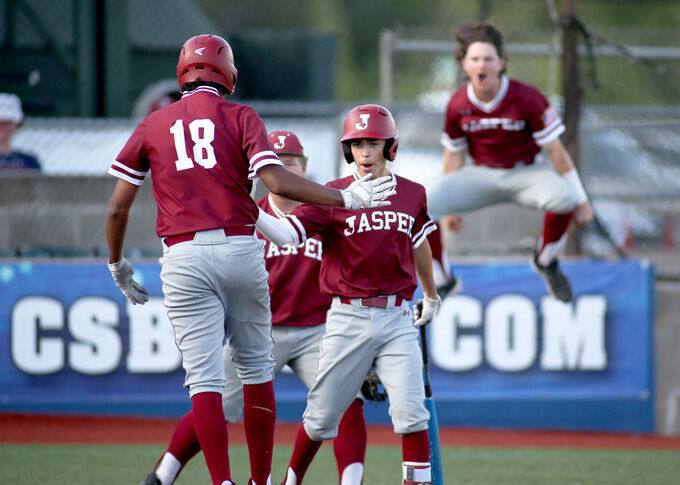 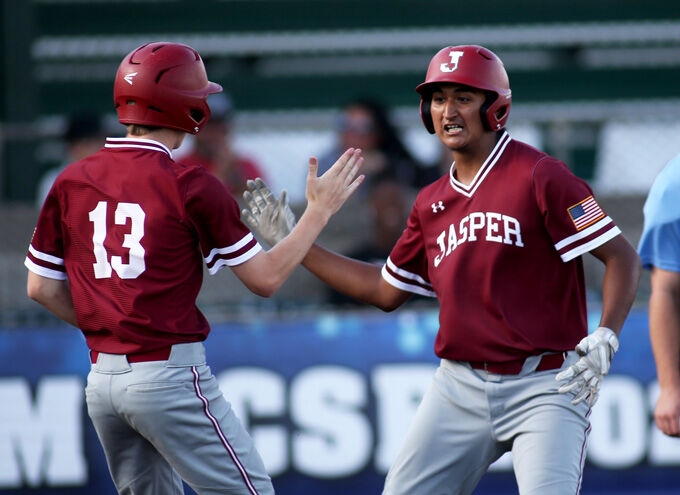 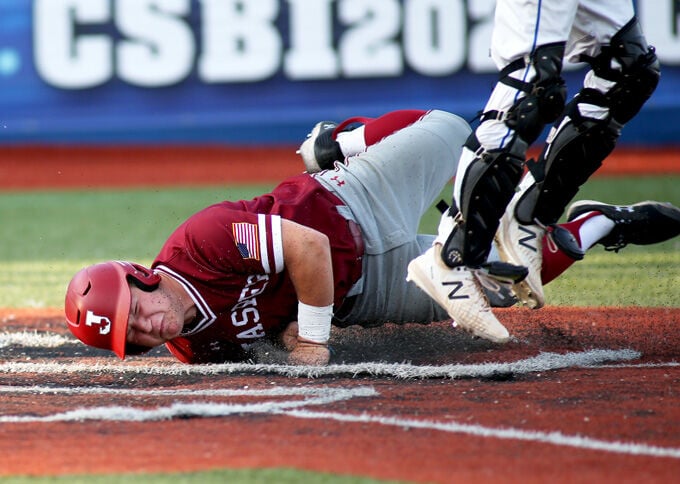 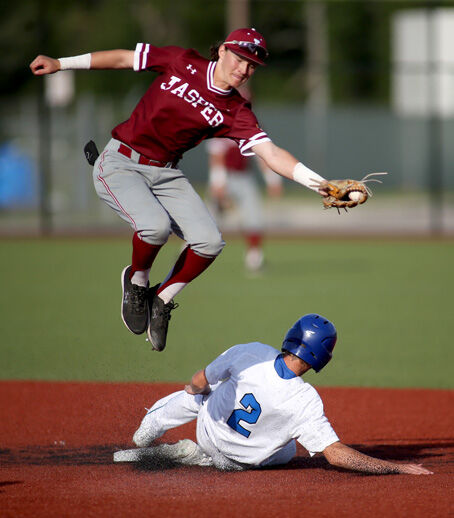 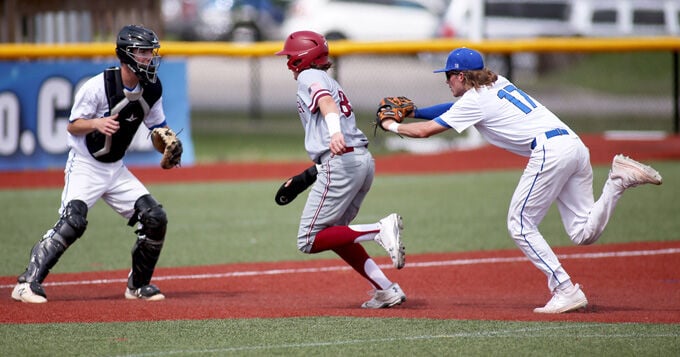 Jasper High School Bulldog’s Micah Kendrick was wrongly called out at 3rd in their game 2 against Waco Robinson Saturday in Bryan Texas. Photo by Ricky Moon 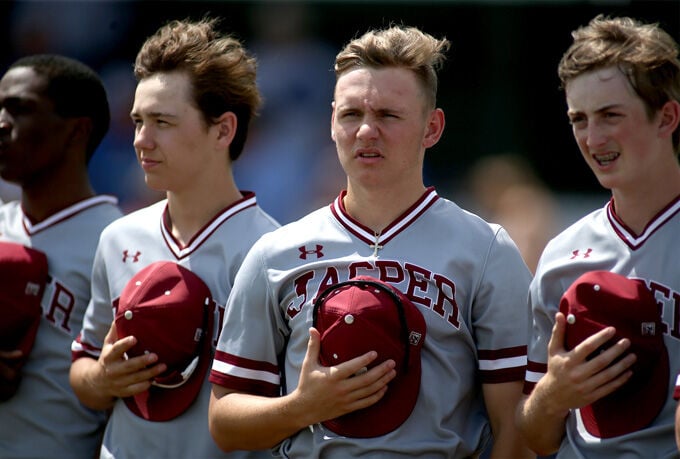 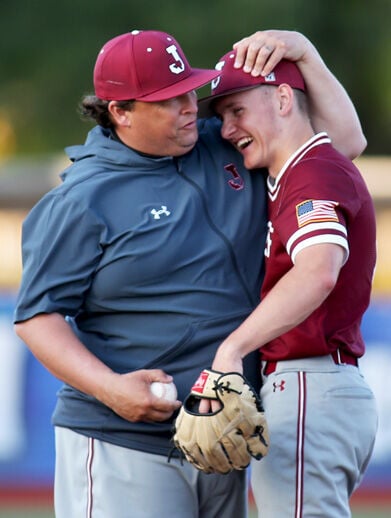 Jasper High School Bulldog’s Micah Kendrick was wrongly called out at 3rd in their game 2 against Waco Robinson Saturday in Bryan Texas. Photo by Ricky Moon

The Jasper Bulldogs are bi-district champions after defeating the Waco Robinson Rockets in a best two out of three series following the finale game on Saturday.

The first game was on Friday night in Nacogdoches, where the Bulldogs defeated the Rockets by a score of 2 - 1. It was a thrilling ending to a hard-fought defensive game with the Bulldogs’ ace Drew Marshall matched up against the Rockets’ Patrick Nichols.

Marshall struck out nine batters and allowed only four hits in securing game #1 for the Bulldogs.

The series moved to Bryan, Texas on Saturday for game #2 and #3 (if needed) at the Brazos Valley Bombers field.

In the first game played at 3:00 pm, the Bulldogs appeared flat and did not play to Coach Stephen Westbrook's expectations. The Bulldog bats were quiet, collecting only three hits, with Robinson starting pitcher Gunner Huffman striking out nine of the Dogs. Bulldog starting pitcher Heath Pantoja struggled through 4-1/3 innings, issuing five walks and hitting two Robinson batters with a pitch. Aggressive baserunning by the Rockets and several additional Bulldog miscues added to the poor performance, resulting in defeat with a score of 5 - 2 in game #2.

In the decisive game #3 that came immediately following the completion of game #2, the Bulldogs turned things around. Playing with an improved enthusiasm, the Bulldogs came out with bats swinging. In the first inning, the Bulldogs picked up three runs in with the help of three defensive errors committed by Robinson and led by a score of 3 - 1. Neither team was able to score in innings two through four due to good defensive play by both squads. In the fifth inning, the Rockets scored one run closing the gap making the score 3 - 2 in favor of the Bulldogs. The Bulldogs countered with two runs on three straight base hits in the bottom of the fifth inning increasing their lead by a score of 5 - 2.

Robinson was unable to mount a comeback in the final two innings as starting Bulldog pitcher Seth Ross, struck out four of the last six batters he faced. Hot bats for the Bulldogs were Brock Lackey and Marco Escalante with two hits each of the five total Bulldog hits. Ross picked up the complete game win as the Bulldogs defeated Robinson by a final score of 5 - 2 claiming the bi-district championship.

The Bulldogs now move on to the area round where they will face the Lake Belton Broncos(#1 seed from District 19-4A).

Game #3 (if needed) will follow immediately after game #2 if needed.

approximately 10 minutes prior to the first pitch. For those listeners outside our normal FM transmission range, the games can also be heard live stream @kjas.com on the internet.