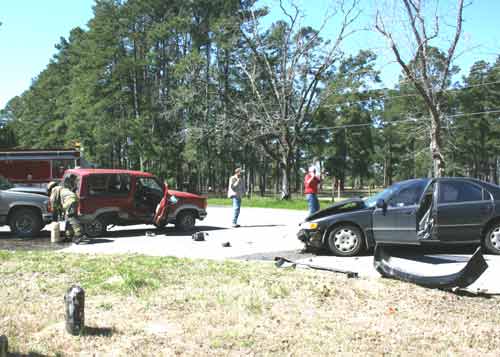 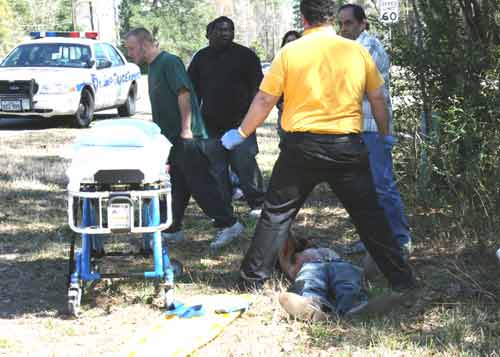 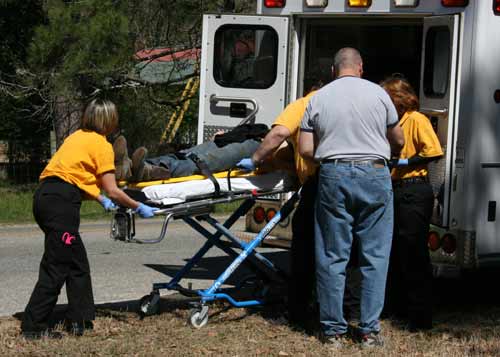 Two people were hospitalized following a three-vehicle auto accident that occurred shortly after 1:00 on Monday afternoon at the intersection of West Houston Street and Farm to Market Road 777.

A report filed by Sergeant Jeff Coulter of the Jasper Police Department said the crash occurred when an early model Ford Bronco driven by Mendez Salvador of Jasper, which was westbound on Houston Street, turned onto FM-777 in front of an eastbound 1994 Honda Accord Driven by Briana Duke of Brookland. After being struck in the passenger side, the Bronco then rammed into a 2000 Chevrolet pick-up truck driven by James Jordan of Jasper, who was sitting at the stop sign on FM-777 waiting to turn onto Houston Street.

Both Duke and a passenger who was riding with Salvador, Jack Christopher of Jasper, were taken to Jasper Memorial Hospital, where they were at last word still undergoing treatment. Jasper firemen were called to the scene to contain spilled gasoline and make sure that a fire did not result from the fuel.