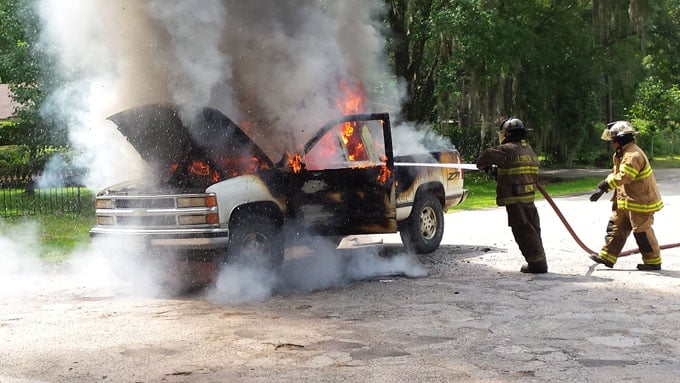 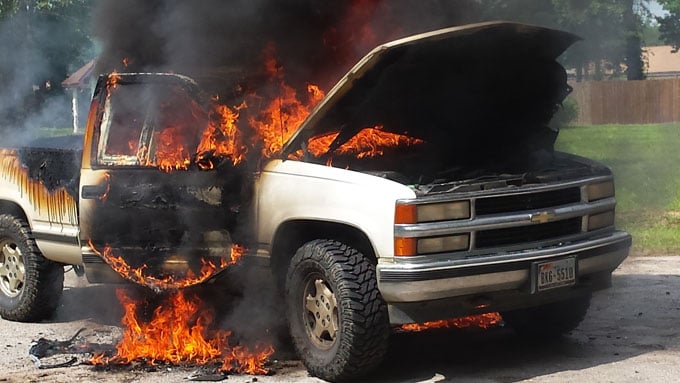 It is still unknown what caused a fire that broke out on Saturday morning completely destroying a pick up truck on the south side of Jasper.

The owner of the 1996 Chevrolet, Jeremy Primrose, of Jasper, said he was traveling near the intersection of Shady Lane and Pinecrest Street, shortly before 11:00, when he smelled smoke and saw fire coming from behind the rear seat of the vehicle.

Primrose said there was nothing he could do but try and get the truck out of the road and call firemen.

The flames quickly spread throughout the truck and firemen arrived a short time later and extinguished the blaze which completely engulfed the vehicle.

No injuries resulted from the incident.