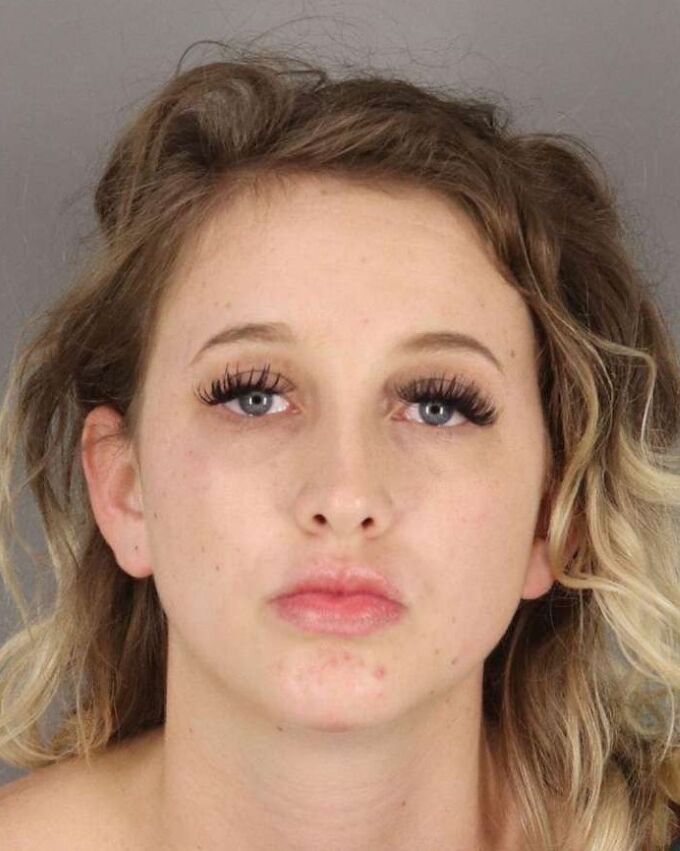 A judge has sentenced a woman to 10 years deferred probation after she pled guilty to Accident Involving Injury or Death for a collision in which she struck a husband and wife, along with their daughter, while they were walking in their neighborhood, then ran from the scene, according to police and witnesses. Each family member required hospitalization and extensive medical care.

Judge Raquel West sentenced Kenlie Davis of Newton during a Monday morning sentencing hearing that was the result of a plea agreement. Under the terms of the plea agreement, Davis pled guilty to three counts of Accident Involving Injury or Death. Three counts of Intoxication Assault were dropped. She received 10 years deferred probation for each count, as well as a $500 fine, 300 hours of community service, and 30 days in jail but held in abeyance. In addition, the judge ordered Davis to use an auto ignition interlock device, enter and successfully complete a Jefferson County drug intervention program or a similar program, and complete a DWI education course.

Investigators say attorney Wyatt Snider, his wife and young daughter, were walking in the street near the front yard of their Oak Trace Drive subdivision neighborhood off Delaware at about 7 p.m. July 29, 2020, when Davis, 21 years old at the time, crashed into them with her Kia Soul. Witnesses told police Davis ran from the SUV after the crash. Officers and a K-9 unit found Davis in the backyard of a home and took her into custody. The Sniders suffered serious injuries and spent a long time in hospitals and undergoing medical care and treatment. Mrs. Snider suffered a brain bleed. Mr. Snider had broken legs and other injuries. Their daughter also suffered a broken leg.

"This opportunity is by the grace of the Snider family," Judge West told Davis during the sentencing hearing. "I've never seen that kind of opportunity granted to someone given what that family has been through. You don't have felony convictions on your record and that is the great opportunity for you. They have given you an opportunity to prove to them and yourself and me that you can do this. You can live your life as an example to others who may go through this. If you complete probation, you'll never have a record. If you violate any condition of probation, that's very bad. You could be sentenced to 10 years in each case and I could stack them if I want. You could have 30 years."

"My thoughts and prayers are with you [the Sniders] for a complete recovery, and for you, Ms. Davis, to be successful in your probation."

"I don't even remember the accident, or the first month, because I had a brain bleed," said Scarlett Snider. "I'm told the brain injury required that I be fed through a tube."

Mrs. Snider said she was in constant pain. She had to learn how to eat, how to get up. She described how a nurse had to help pull her up to get out of bed. During the next month, she struggled to learn how to use a walker with a weak left leg and pins, and couldn't use her right leg because she hadn't had surgery on that leg at the time. No visitors were allowed because of COVID. She described it as extremely lonely and difficult to recover. She had to learn how to get dressed, shower and eat again, with two broken legs.

"There is so much more to say about my experience," said Mrs. Snider. "It is the hardest experience of my life. I still have headaches every day. It's so hard. It's been over a year and it's still hard. We're trying our best. I would like you to keep that in mind. She may be having a hard time, but we were traumatically injured. We're trying to take it one day at a time."

"All of our friends and family members want you to get more punishment than you will," said Mr. Snider. "Everyone was against it but me. The real reason we did that, we didn't do it for you. We did this for us so we can focus on something else instead of you, what will happen to you. Nothing that happens to you from the point you ran us over and ran away is about you. It's about us."

Kenlie Davis then addressed the family.

"There will never be enough words to express the pain I've caused to you," said Davis. "There has not been one moment I haven't thought about you. I can't imagine what the last 14 months have been like. I pray for you."

"I'm a completely different person," said Davis. "I will carry the guilt for the rest of my life. I'm so sorry for the things I've caused you."

A Newton native accused of hitting and injuring a man, woman, and child in Beaumont is now f…