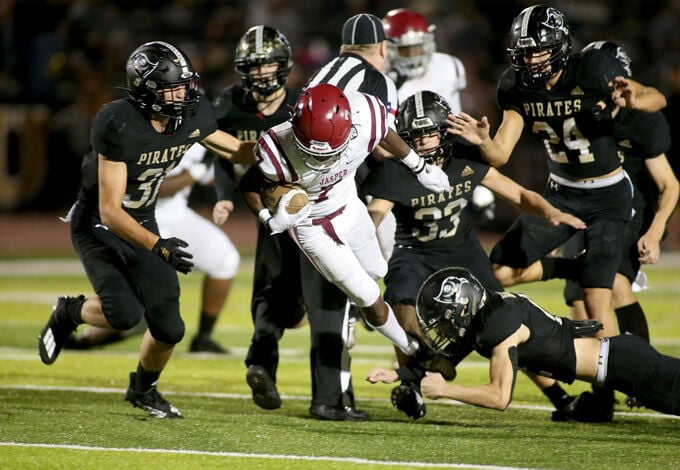 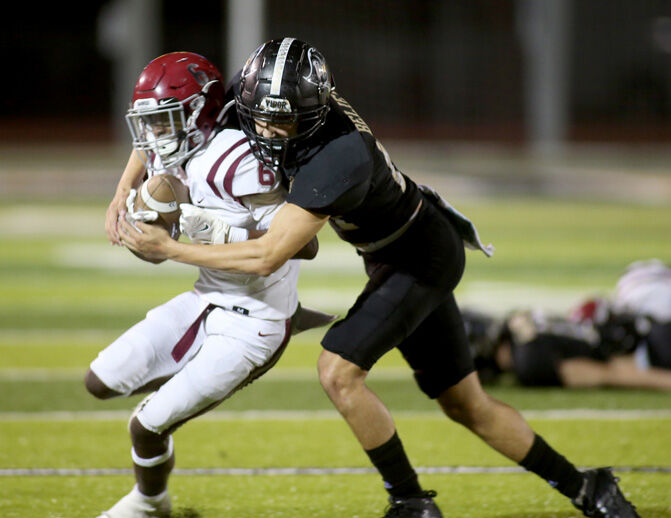 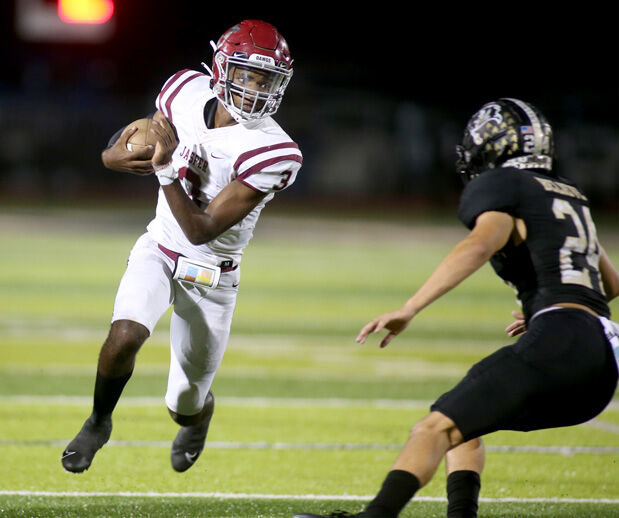 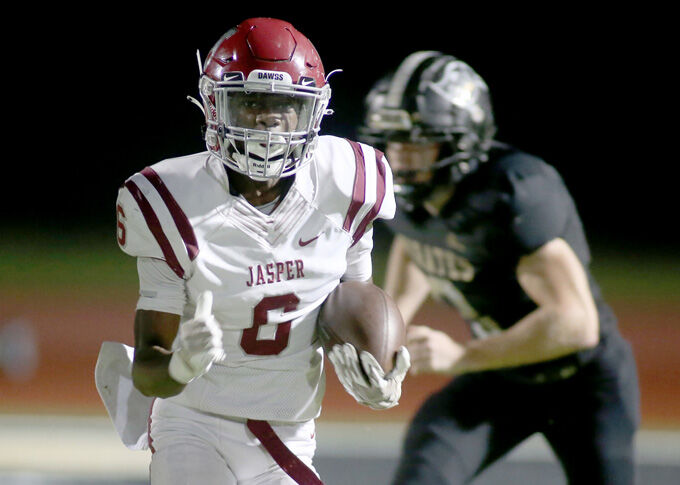 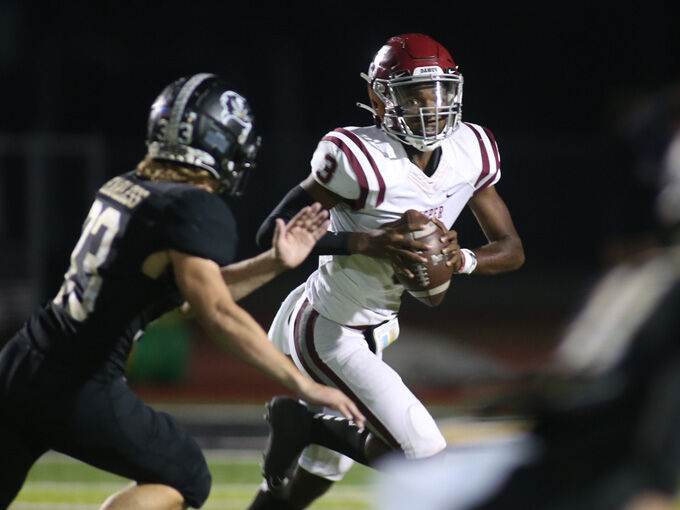 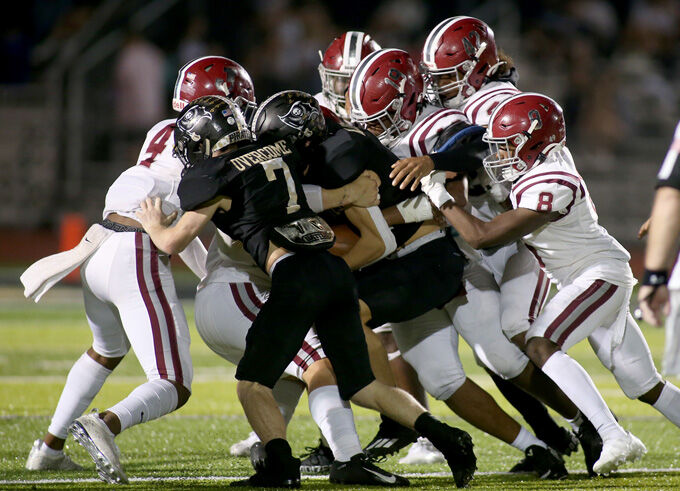 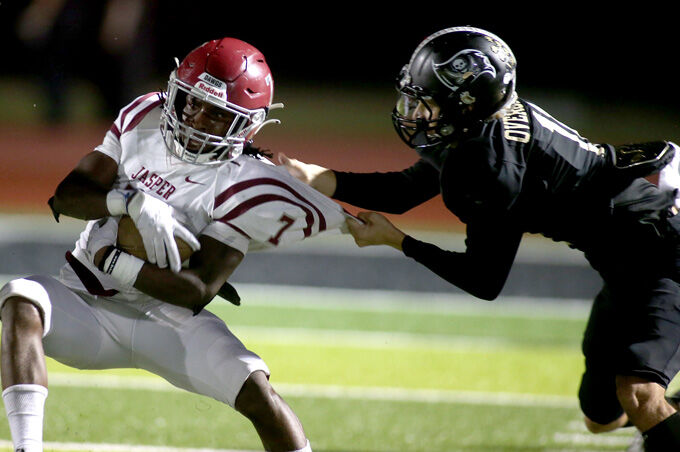 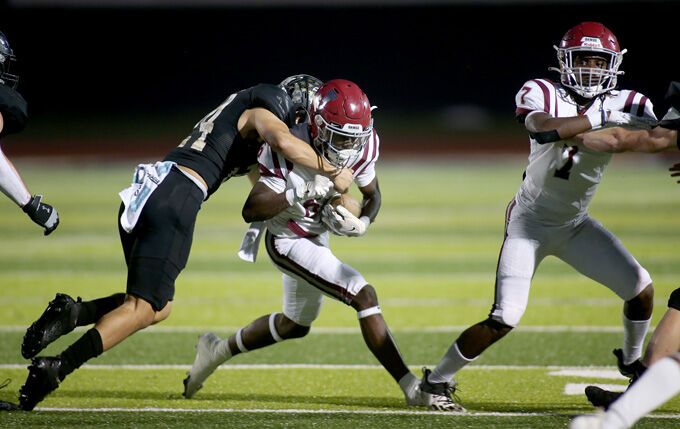 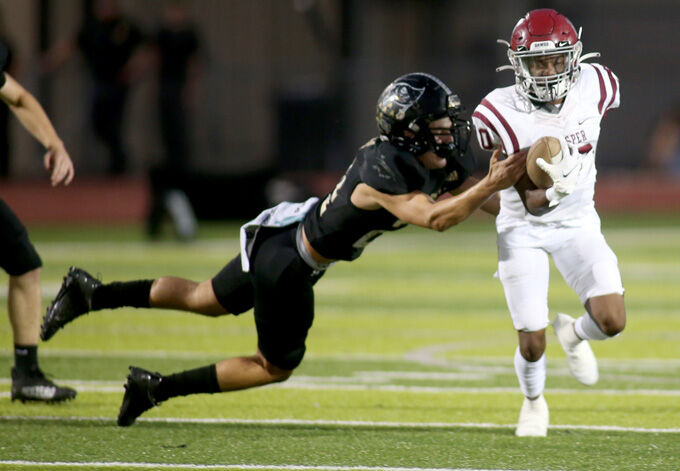 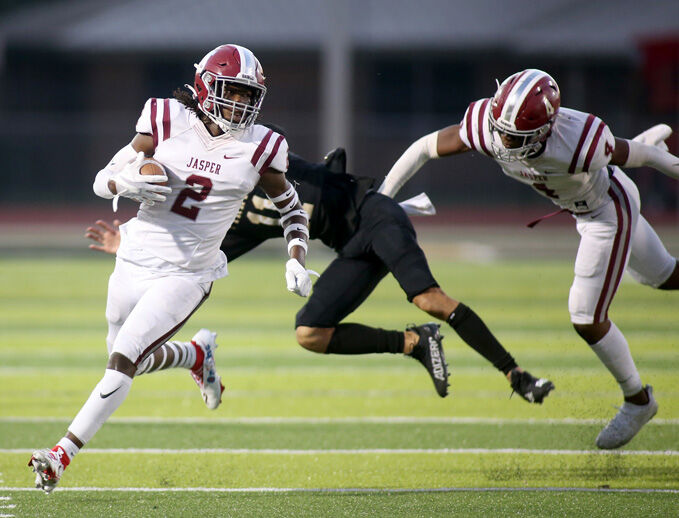 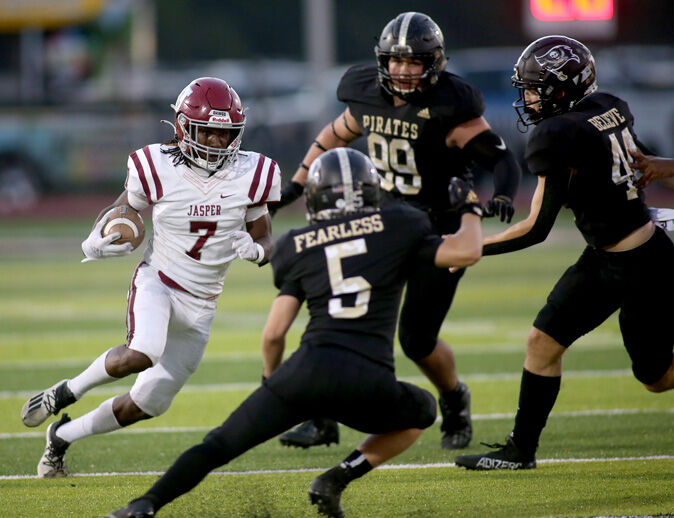 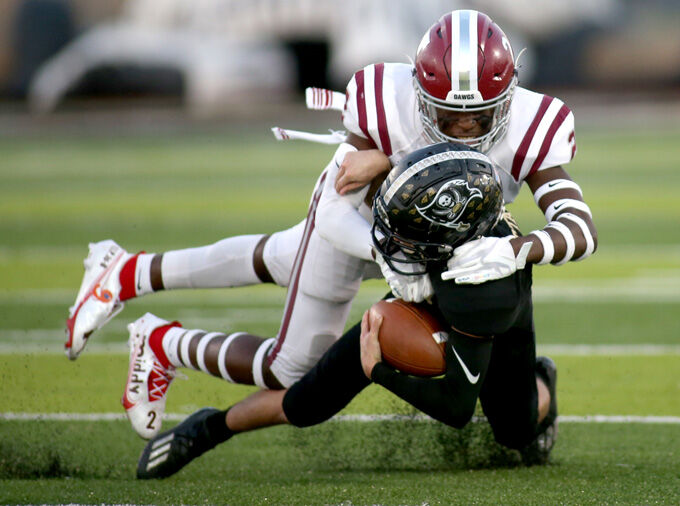 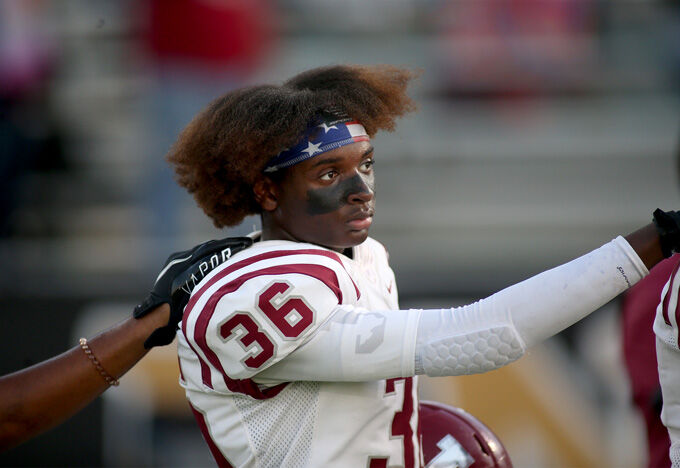 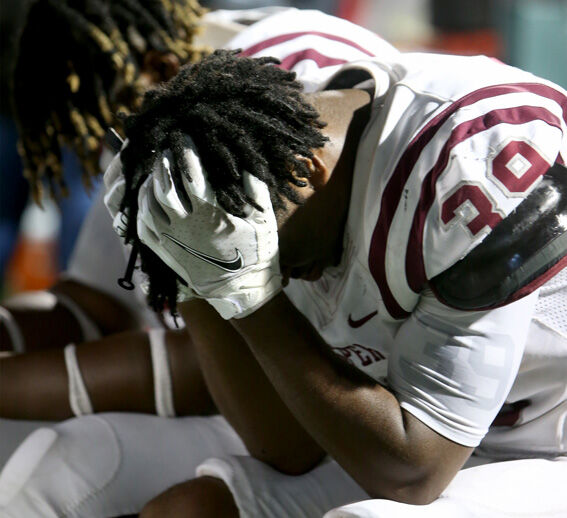 It was predicted to be a close, high scoring affair, but only half of that was right. Jasper and Vidor found themselves in a defensive battle in high school football action on Friday night in Vidor’s Pirate Stadium.

The first half saw Jasper with a few scoring opportunities. However, the Dawgs found themselves going backwards with penalties instead of moving forward. Jasper also had - but lost - an excellent opportunity to recover a Vidor fumble at their own 5 yard line. The Jasper defender tried to scoop-and-score instead of just falling on the ball. It got away from him and a Vidor player recovered the fumble.

Early in the 4th quarter, Jasper put together an offensive drive that took them down to the Vidor 40. However, the ball went over on downs when the drive stalled and Jasper couldn’t convert on a 4th and 5.

Vidor then drove down to the Jasper 9 yard line, but the Dawg-D came alive and shut them down. On 4th and long, Vidor tried a 32 yard field goal, but it was blocked by a Jasper defender, keeping the game scoreless midway through the 4th quarter.

The Jasper offense then marched downfield and into Vidor territory where they finally broke the scoreless tie. Jermario Thomas received a pass and then fought off not one, not two, but three Vidor defenders and willed himself into the end zone to put Jasper up 6-0. Ayden Garcia’s point-after was good and that gave Jasper a 7-0 lead with 3:36 left in the game.

However, an unsportsmanlike penalty against the Jasper offense after the touchdown backed them up 15 yards when they kicked off to Vidor, making the job that much more difficult for the defense to keep the Pirates out of scoring position.

Vidor then put together a drive of their own which culminated with a touchdown with 30 seconds left on the clock. Vidor then opted to go for the win with a 2 point conversion, which was successful, giving them an 8-7 lead.

Jasper received the ball with just 25 seconds left and despite a desperate attempt to quickly move the ball down the field, time ran out and Vidor won it 8-7.

Jasper, now 1-2 on the season, will play at Little Cypress-Mauriceville on Friday, October 1st with a 7:00pm kickoff.