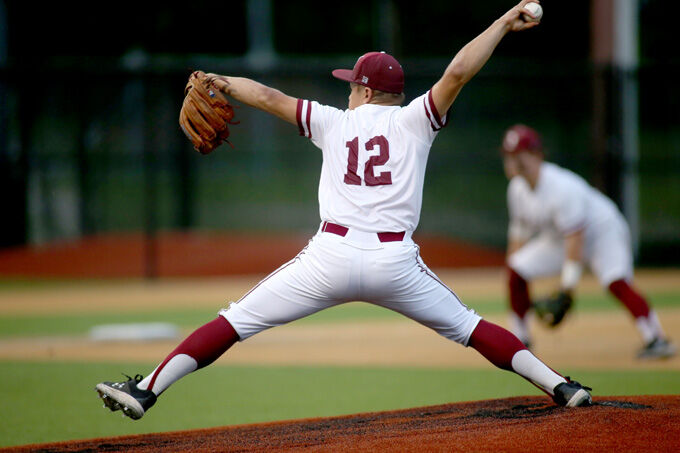 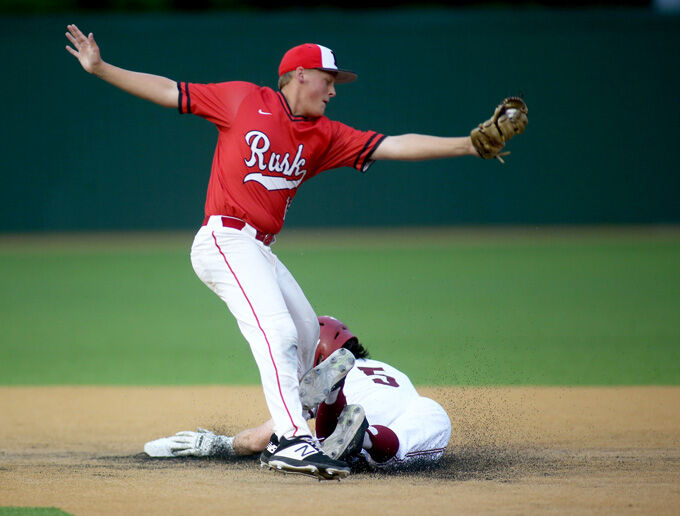 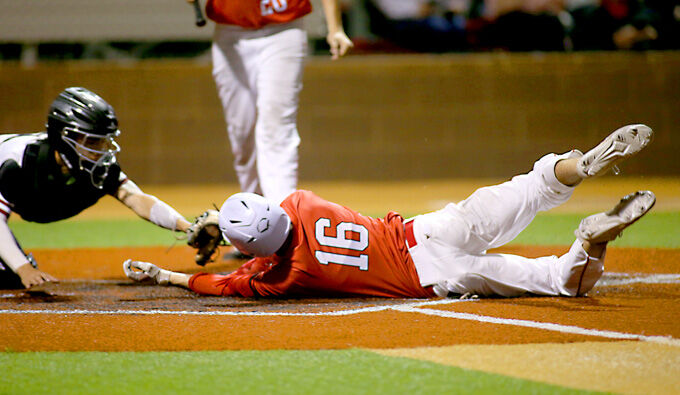 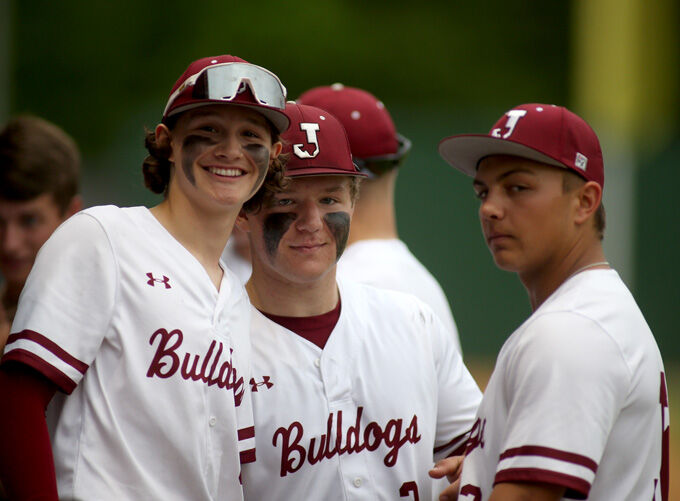 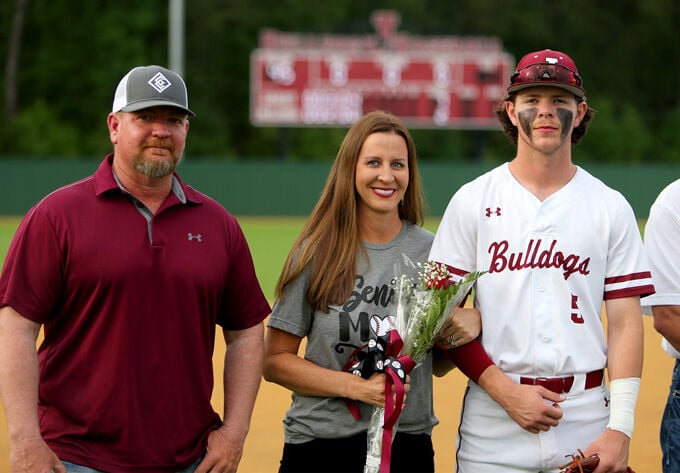 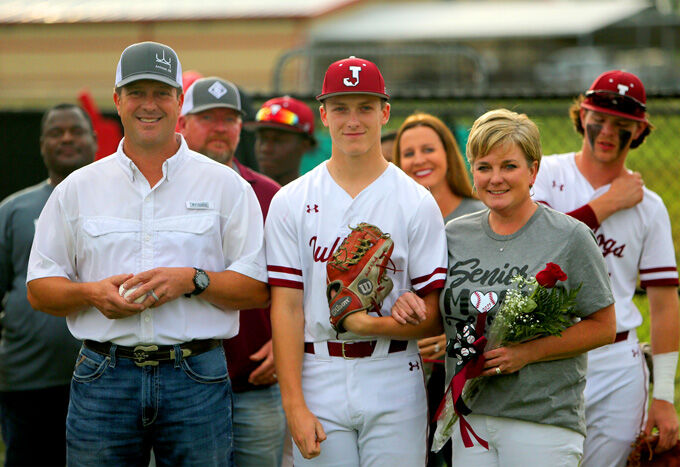 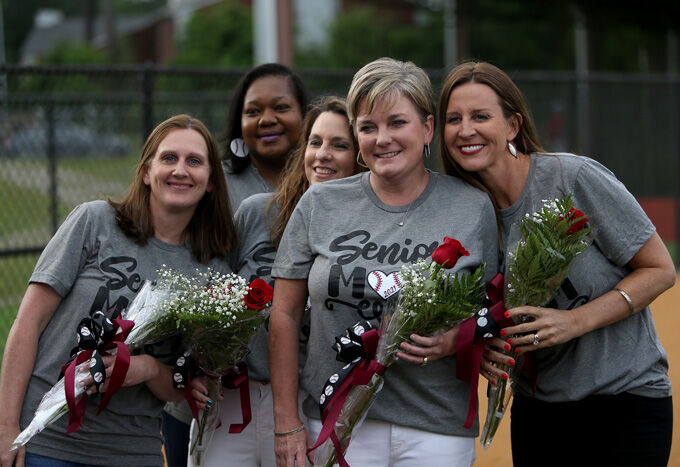 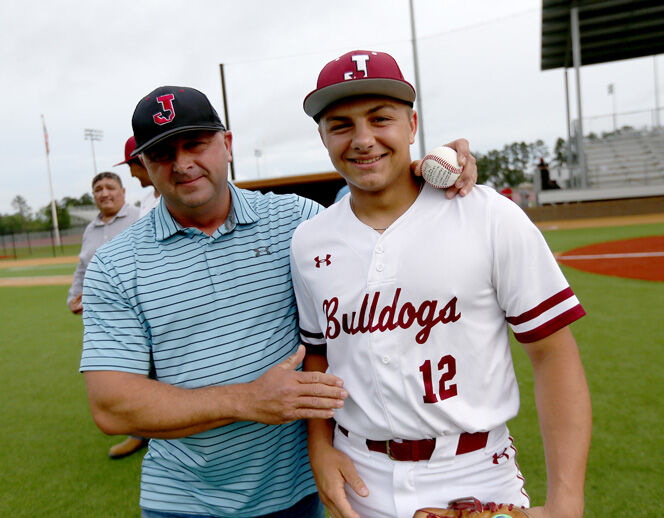 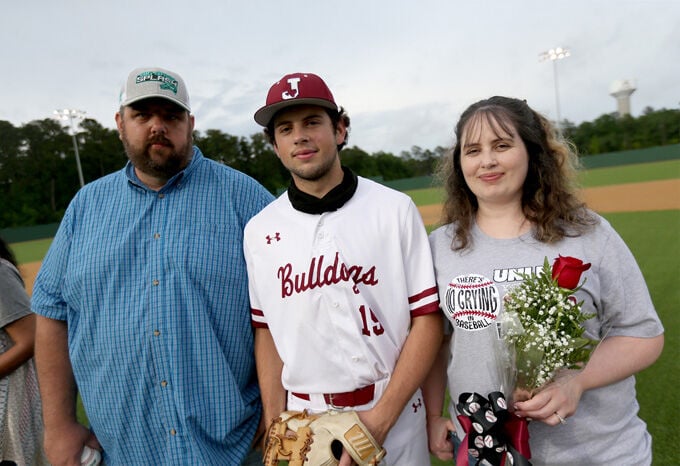 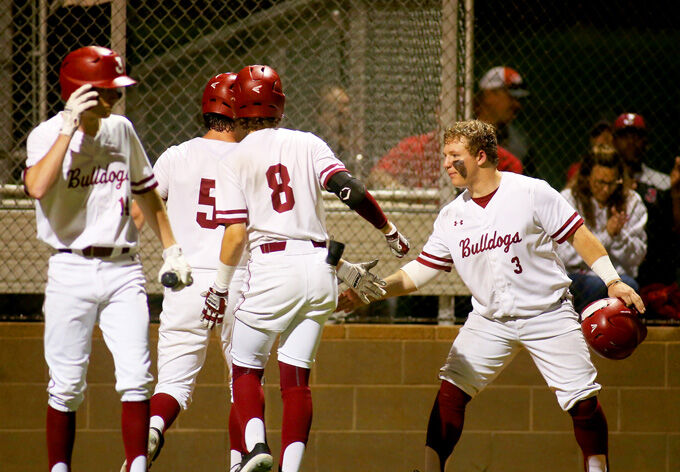 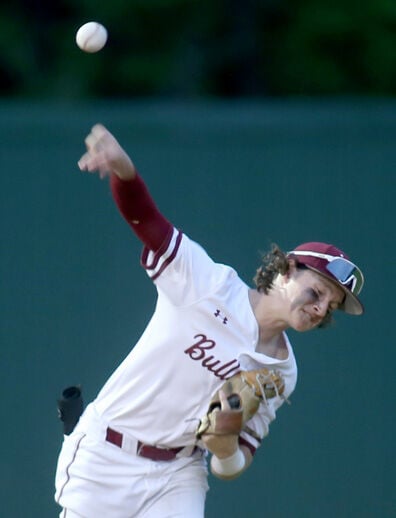 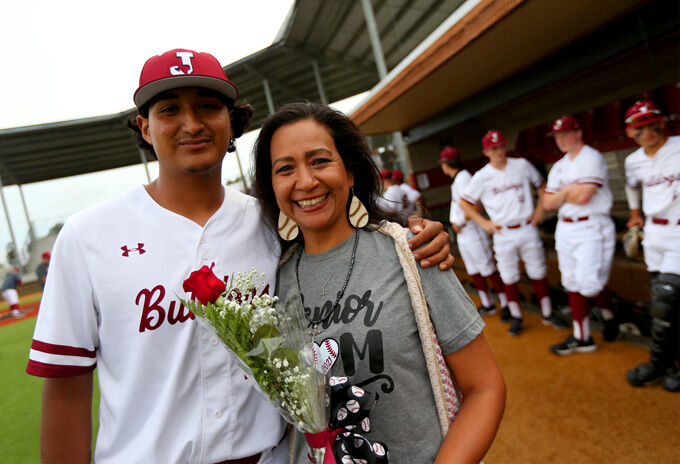 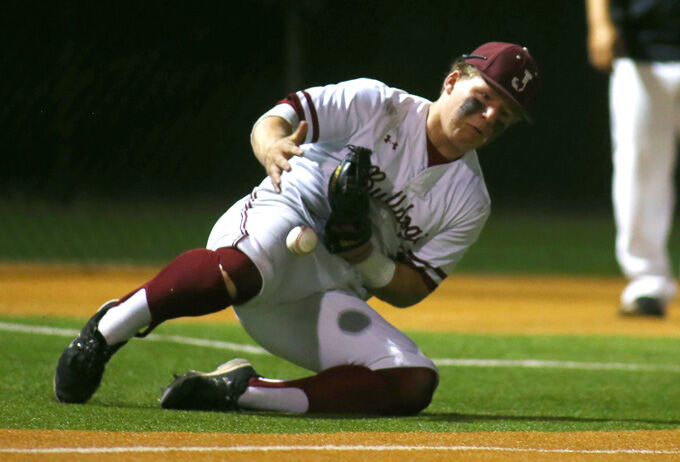 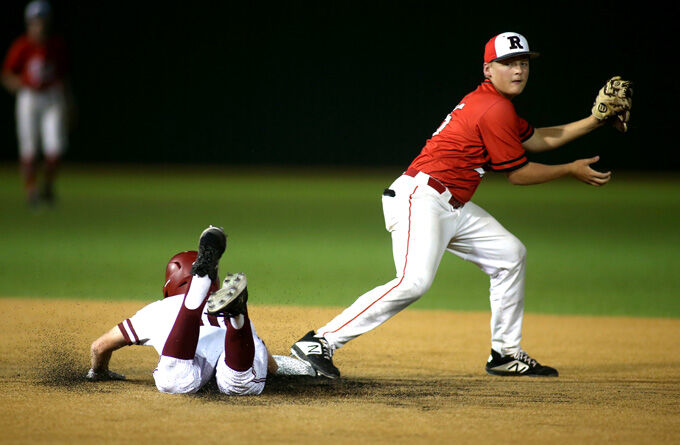 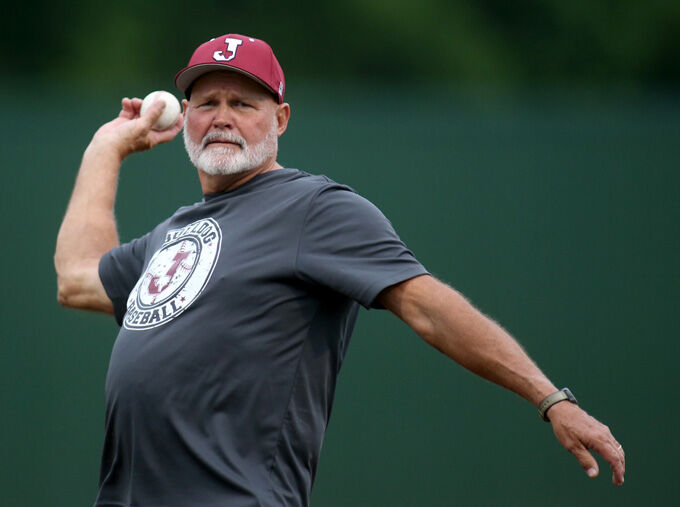 KJAS sportscaster Johnny Mecom throws out the opening pitch on Friday. Mecom said a friend won the first pitch during a recent fundraiser for the athletics. However, the winner passed the honor to Mecom.

KJAS sportscaster Johnny Mecom throws out the opening pitch on Friday. Mecom said a friend won the first pitch during a recent fundraiser for the athletics. However, the winner passed the honor to Mecom.

The district leading Rusk Eagles earned their district championship by defeating the Jasper Bulldogs by a final score of 4 - 1 Friday night at Bulldog field.

With the game doubtful due to inclement weather all day, the rain finally subsided around 3:00 pm allowing the field to dry and ready for play. The Bulldog Junior Varsity played Rusk at 4:30 pm and lost by a final score of 7 - 2. The Bulldog JV ended their season with a district record of one win, seven losses and one tie.

Friday was senior night and prior to the game, ceremonies were held honoring the seven seniors and their parents. The mothers were presented with flowers and the dads were given signed baseballs which they each pitched to their sons simultaneously. This was the last regular season baseball game these seniors would play here in Jasper.

Three Bulldogs defensive errors proved costly allowing Rusk to push across two of their four runs. Of the four hits the Bulldogs were able to earn from Thompson, Grayson Williams picked up two of those in his first two at bats and scored the lone Bulldog run in the fifth inning.

Even with the loss, the Bulldogs still qualified for post season by securing the number three seed in the district standings. The final district standings for post season play for District 17-4A are: Rusk (first place and district champion), Hudson ( second place), Jasper & Carthage tied for third place with identical 6 - 4 records. Jasper will assume the #3 seed due to a tie-breaker by sweeping Carthage during district play. Carthage will earn the #4 seed.

Coach Stephen Westbrook will meet with the #2 seed team's coach from District 18-4A and decide on next week's playoff schedule. The playoffs can not begin before Friday of next week due to STAAR testing being conducted in the schools.

KJAS will continue to follow the Bulldogs through the playoffs and bring you the games live on FM107.3 and also live stream @ kjas.com.