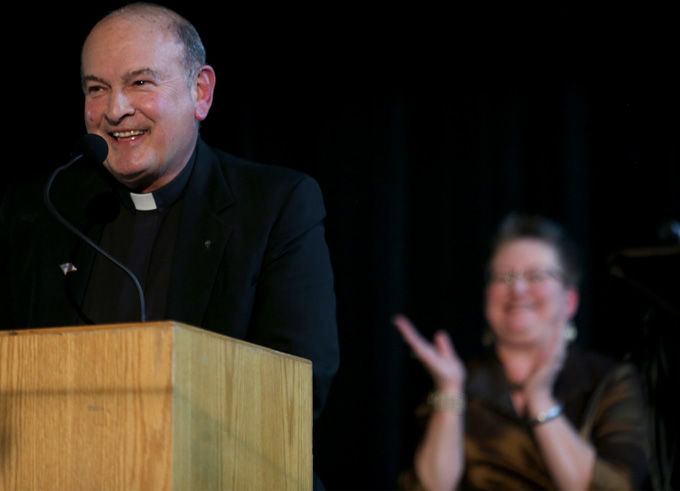 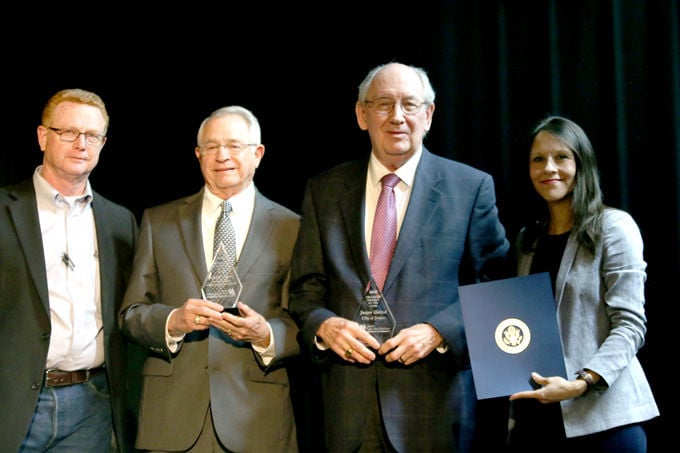 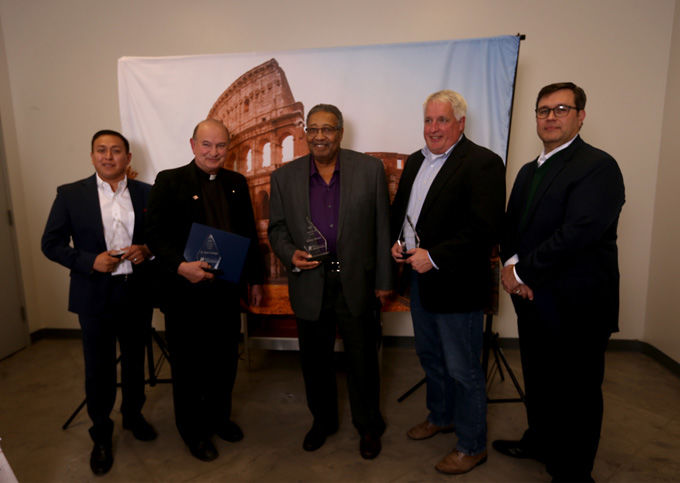 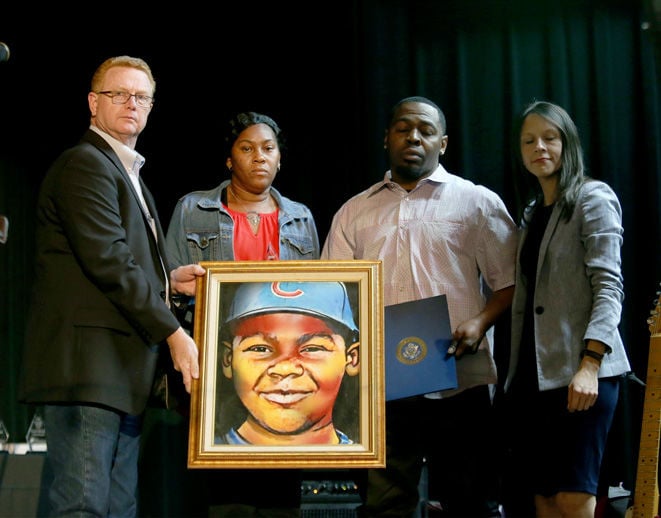 The mother and father of the now deceased Nicholas "Nick" McBride hold a painting of their late son.

The mother and father of the now deceased Nicholas "Nick" McBride hold a painting of their late son.

Father Ron Foshage, who is considered by many to be "Jasper's Priest", was named Citizen of the Year on Friday evening at the Jasper Lake Sam Rayburn Chamber of Commerce 101st Chairman's Banquet.

Foshage, who is known, loved, and respected by all, has served as the Priest of St. Michael's Catholic Church, here in Jasper for over 30 years. However, in addition to his duties at St. Michael's, Foshage also ministers to needs of parishioners at Our Lady of LaSalette in Kirbyville, St. Raymond's at Lake Sam Rayburn and the Toledo Village Mission.

The Newcomer of the Year Award was presented to Provalus, a technical support company in Brewton, Alabama, which recently expanded it's operations to Jasper. The company reportedly is now employing over 70 people with plans of soon adding another 25 to the workforce in the near future.

In an unprecedented move, the Outstanding Young Person of the Year Award was this year presented posthumously to Nicholas "Nick" McBride, a young teen who died last year as the result of a tragic accident involving a gun.

The Hometown Hero Award was presented to George Adams, a native of Jasper and graduate of the former J.H. Rowe High School, who went on to serve great careers in both the military and the CocaCola Company.

The Business of the Year Award was presented to Steven Martinez and his company, Aimco Roofing.

Also honored for their achievement and accomplishments in Jasper United, which is an organization made up of both city and economic officials, was Danny Walker, who serves ad president of the Jasper Economic Development Corporation and Jasper Mayor Gary Gatlin.

Entertainment for the event, which was held at the Wesley Center of the First United Methodist Church, was provided by the Trickshot Band of Lufkin. The meal was catered by Kym's Kitchen of Jasper.