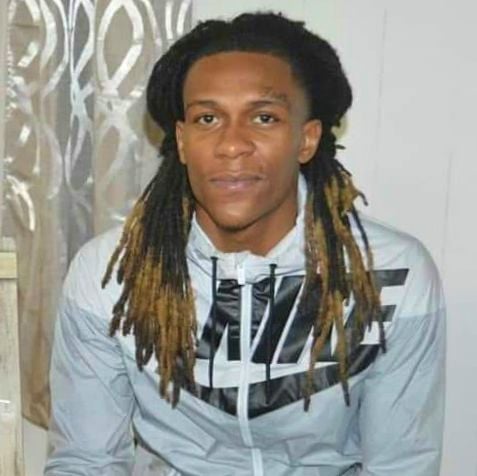 Lanieka Spikes fears her son's death will become a cold case. That's why she's once again reaching out to KFDM and Fox 4.

Angel San Juan has been investigating since Christopher Spikes was killed December 7, 2018.

The body of the 22-year-old was found on Hi-Truitt Road in Jasper County.

His mother has been vocal on social media and on television pleading for help in finding Christopher Spikes' killers.

She's growing frustrated, and tonight, the sheriff says fear appears to be a roadblock to justice in this case.

"It's been six months and three days," says Lanieka Spikes.

Still, no justice. Whoever killed the 22-year-old remains free.

"I just do not want this case to go cold. I refuse to sit back and do nothing," says Lanieka.

That's why the grief-stricken mom reached out to us. She worries law enforcement may not be doing enough.

"It breaks me down emotionally, like I miss him."

Newman tells us the case remains a priority.

"There's never been a case here that was worked any harder than this case," says Newman. "Not only me. The District Attorney. We're all working together."

Sheriff Newman says there are a lot of rumors circulating in Jasper County about who's to blame for Spikes' death, but he says when he makes an arrest, he wants to make sure it leads to a conviction in court.

"I want to be able to send them to the penitentiary," says Newman.

Newman says he believes more than one person is involved in the crime.

Newman tells us Justin Debourgois is a person of interest. He was jailed for a while in Hardin County on unrelated charges. He has since been released.

Newman says there are others that can help solve the case.

"Fear would be one of the main things," says Newman. "That some of the people involved in this are gang-related and other people are scared to come forward and tell us what they know."

He encourages them not be be afraid.

"We're not going to tell who come by here and talk to me," says Newman. "People might know something. It might not mean much to them. It could mean a whole lot to our investigation."

Perhaps bringing peace to this mother filled with anxiety.

"These people are still out," says Lanieka. "I have other kids that I'm afraid for, that we have to limit what we do because they're still out somewhere."

But she says she won't hide.

"Whatever I have to do, I'm willing to do it, to bring this to justice," says Lanieka. "I want my son to rest in peace. I don't think he's resting."

Sheriff Newman says DNA recovered from the crime scene was tested but has not provided any solid evidence.

Three arrested in connection with shooting at "The Barn"

There may be a break in the murder of Christopher Spikes, the twenty-two year old Jasper man…

Sheriff identifies person of interest in murder of Christopher Spikes

Autopsy reveals that Spikes was shot in head

Jasper County Sheriff Mitchel Newman said on Thursday that the investigation into the December 7th, 2018 murder of 22-year-old Christopher Spi…

Two arrested and another sought in Christopher Spikes murder case

There has been a major development in the Christopher Spikes murder case. Jasper County District Attorney Anne Pickle said on Friday that two …