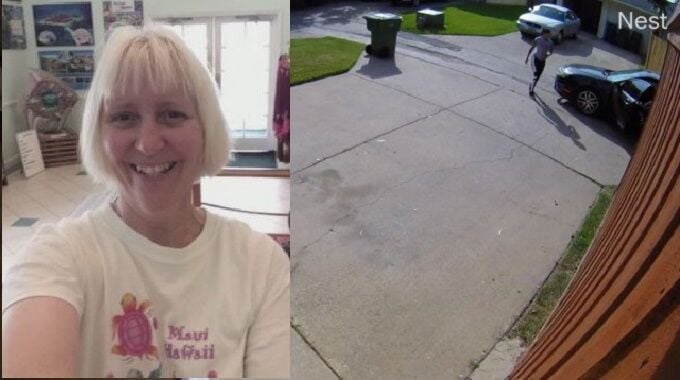 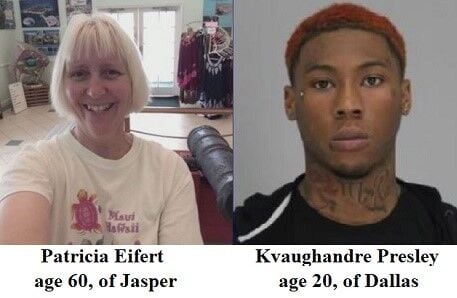 There’s new developments in the case of a Jasper woman who was murdered in a Garland home, just northeast of Dallas, on Tuesday evening. Garland Police have announced that they have identified the two suspects, capital murder warrants have been issued, and now the search is on for the accused killers.

Patricia Eifert, 60, was shot multiple times and killed in the home, located in the 700 block of Briar Way in Garland. The home was recently purchased by the victim’s daughter, Annie Bryant, and her husband. Eifert was helping them to move into the house. She was in the house alone when she was killed.

Garland Police say their suspects are Kvaughandre Presley, 20, of Dallas, and Gabriela Liliana Torres, 21, of Garland.

Garland Police released video from a security camera at a house across the alley from where the crime occurred. The video showed a black car rolling slowly down the alley and then backing up when they saw an open garage door on the house that Eifert was in. The video then showed both people going in, and a few minutes later they began coming out carrying items which police say they stole from the house.

Garland Police say the couple drove away and a short time later were involved in a hit-and-run crash in which the male pointed a gun at the other driver and then fled the scene.

KJAS News will stay on top of this and post updates as they come in.

The following is an updated statement issued by Garland Police:

Garland Police have identified the two suspects in the Captial Murder investigation that occurred on July 27. Murder warrants have been issued for 20-year-old Kvaughandre Presley of Dallas and 21-year-old Gabriela Liliana Torres of Garland.

Anyone with information on their whereabouts is asked to call the Garland Police Department at 972-485-4840. Tips may also be submitted anonymously to Garland Crime Stoppers at 972-272-8477 or www.garlandcrimestoppers.org.