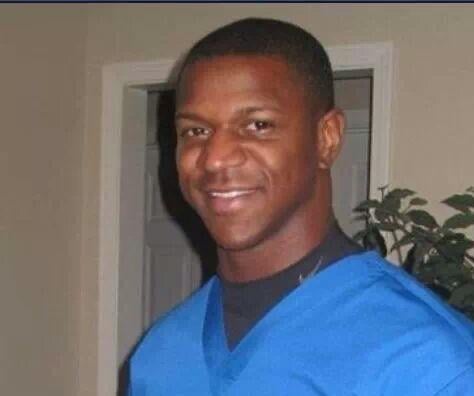 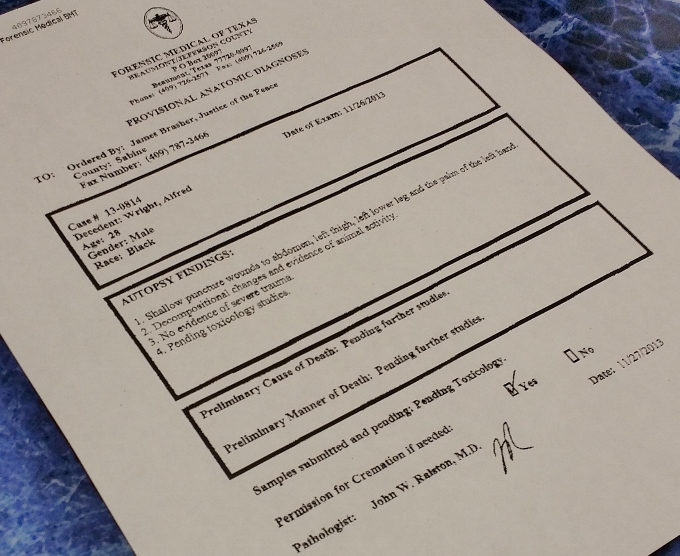 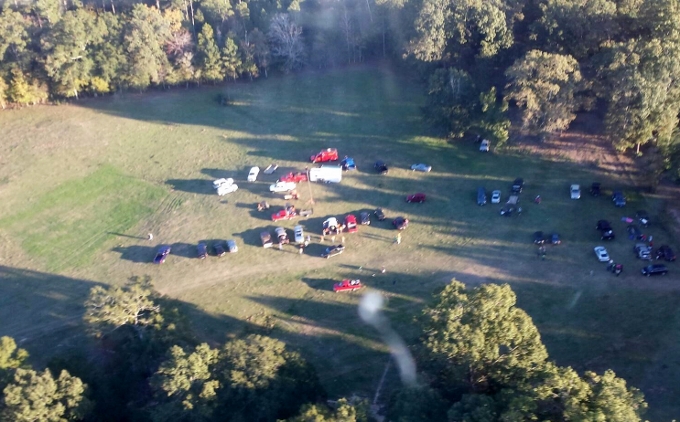 The search continued throughout the weekend both on the ground, and through the air as about 60 people searched for 28-year-old Alfred Wright. 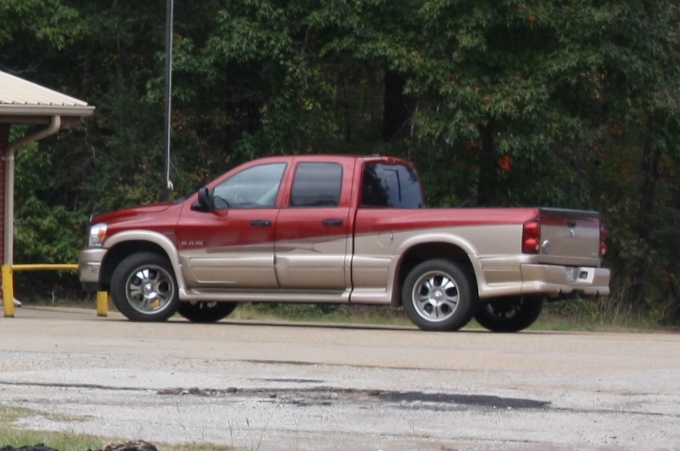 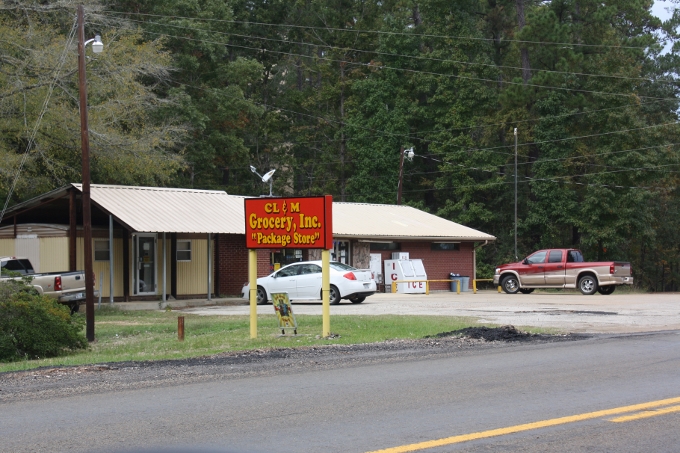 The search continued throughout the weekend both on the ground, and through the air as about 60 people searched for 28-year-old Alfred Wright.

The Federal Bureau of Investigation will be providing assistance to the Texas Department of Public Safety in the investigation of Alfred Wright's disappearance and death. DPS became the lead investigators in the case Tuesday at the request of Sabine County Sheriff Thomas Maddox.

"The Texas Rangers will continue to utilize their expertise and resources as this investigation continues, and they will also be utilizing the expertise of the FBI as needed. The Wright family and the community can be assured that the Texas Rangers are committed to upholding the integrity of this investigation, and the resources of multiple law enforcement agencies are being utilized to determine the facts surrounding this case as soon as possible," DPS Regional Commander Phillip Steen said in a press release Friday.

Wright's family reported him missing Nov. 7th in Hemphill. Relatives said his truck broke down and witnesses saw him running from a packaging store towards town, the last time anyone saw Wright alive.

The Sabine County Sheriff's Office began a large search and discovered pieces of Wright's clothing, but ended it after a few days. Family and friends continuing the search found Wright's body Nov. 25th.

"To call the Sabine County Sheriff's department an investigation is an insult at very best, it's grossly negligent," attorney Ryan McLeod during a press conference in Beaumont Dec. 14th. The attorneys at Bernsen Law Firm said they wanted further investigation into Wright's disappearance and death.

Both a preliminary autopsy and a second autopsy conducted on behalf of Wright's family couldn't determine a cause of death.

The initial autopsy showed Wright had a number of shallow puncture

wounds with no signs of severe trauma. The forensic pathologist

conducting the second autopsy said her examination was limited, but that

she saw signs of homicidal violence.

DPS asks that anyone with information about Wright's disappearance and death should call the Texas Rangers Office at 936-435-0152 or the DPS 24-hour Houston Communications Office at 281-517-1300.

A Beaumont attorney representing the family of Alfred Wright, who was found dead last month …

Autopsy reveals no evidence as to what caused Wright's death

Funeral service for Alfred Wright, 28, of Jasper, will be held on Saturday, November 30th at…

Missing Jasper man was charged with crime in Tennessee

As the search continues for 28 year old Alfred Wright, a Jasper man who has now been missing…

A search is underway for a missing Jasper man, who disappeared in a very remote area of Sabi…

Forensic Medical Management Services of Texas, P.A. has released the toxicology report from an autopsy performed on the body of Alfred Wright …

The office of Houston congressman Sheila Jackson Lee says the Justice Department will investigate the death of Alfred Wright.

Family and friends of Alfred Wright have announced that they will hold an Alfred Wright Peace Rally & Concert on Saturday, February 15th, …

Family members of Alfred Wright joined more than 100 supporters at a "Justice for Wright Peace Rally and Concert" in Jasper Saturday.

The U.S. Attorney's Office in Beaumont on Friday announced that the Federal Grand Jury has indicted a 28-year-old Jasper man for federal drug …

Following Friday’s announcement of an indictment and arrest in the death of Alfred Wright, Texas State Representative James White issued a sta…

The parents of a man charged with selling drugs linked to Alfred Wright's death rallied Wednesday morning outside the federal courthouse, deny…

Hadnot scheduled for court appearance on Monday in Wright death

Shane Dwayne Hadnot’s attorney has filed for and received a continuance in his client’s pre-trial court appearance, which was scheduled to occ…

Shane Dwayne Hadnot, the Jasper man accused of supplying the drugs that led to the death of Alfred Wright, made his first court appearance on …

KTRE 9 News in Lufkin is reporting that Shane Dwayne Hadnot, the man who was arrested in connection to the death of Alfred Wright, has not ent…