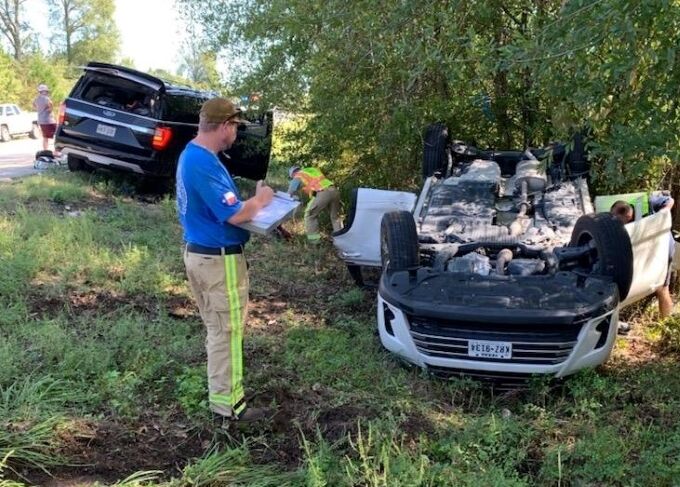 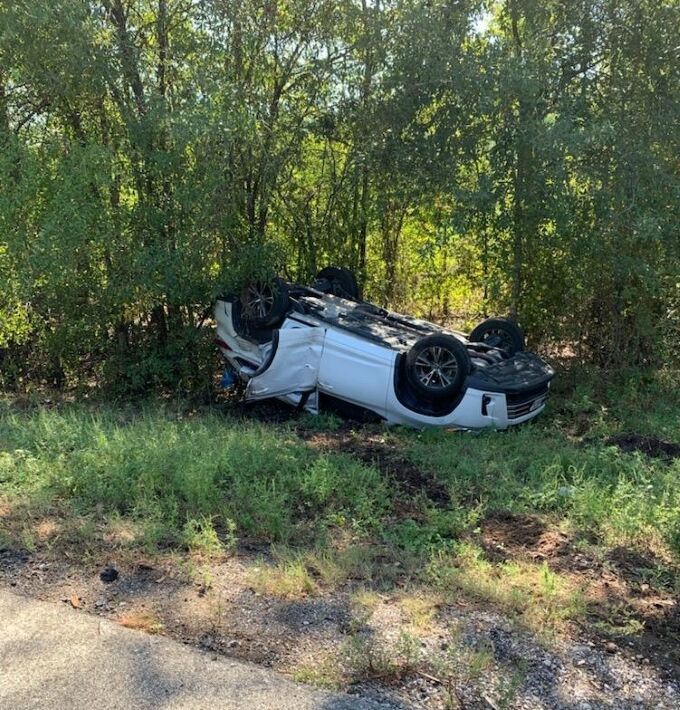 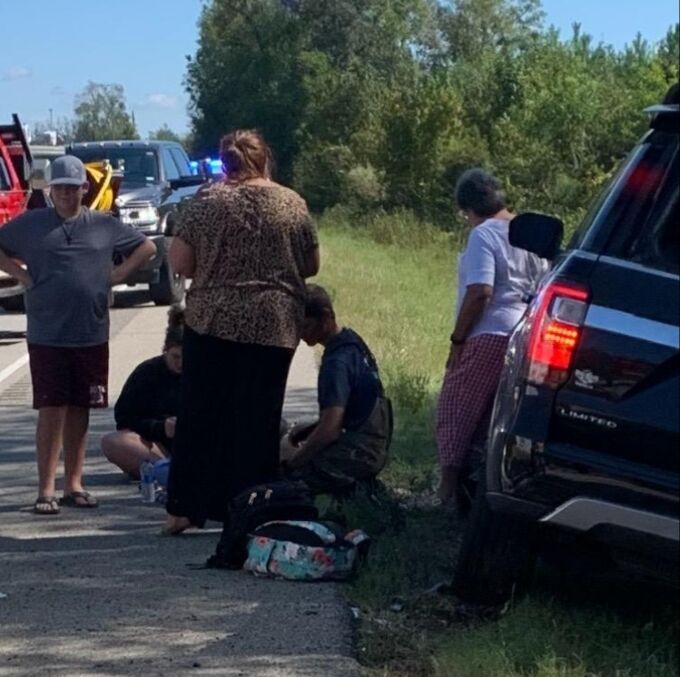 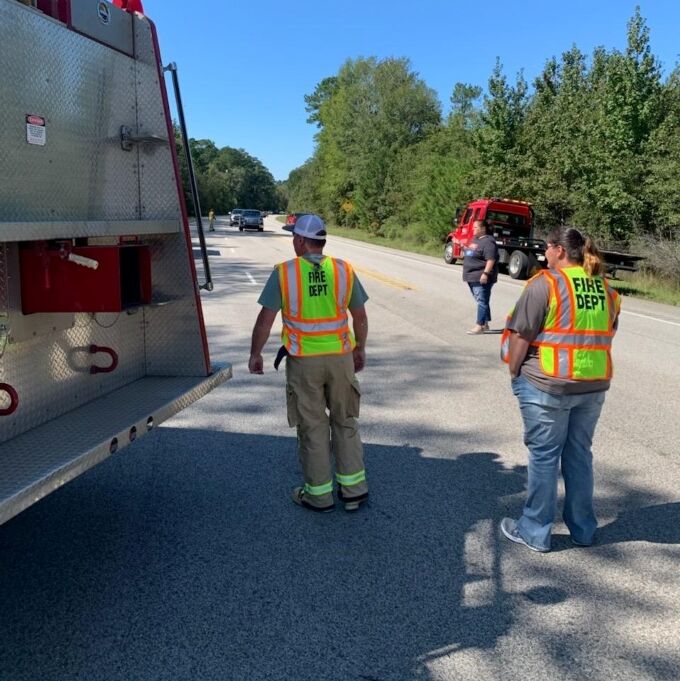 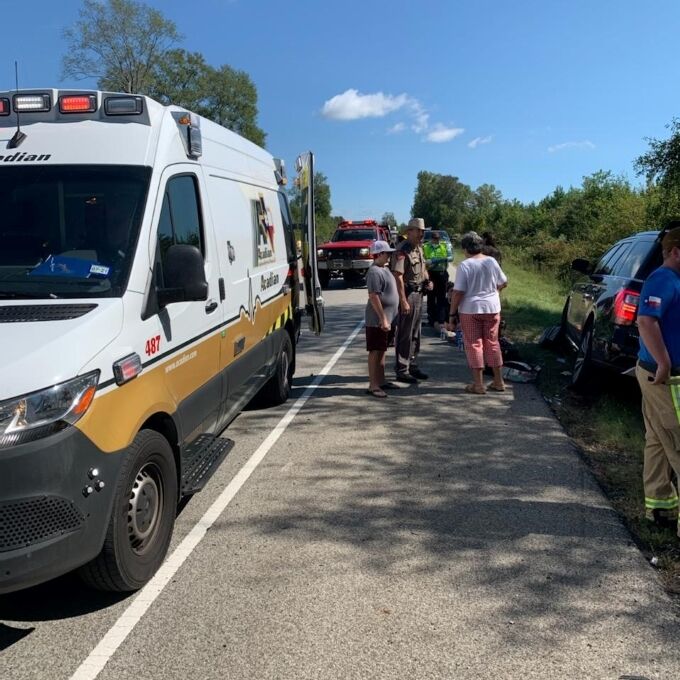 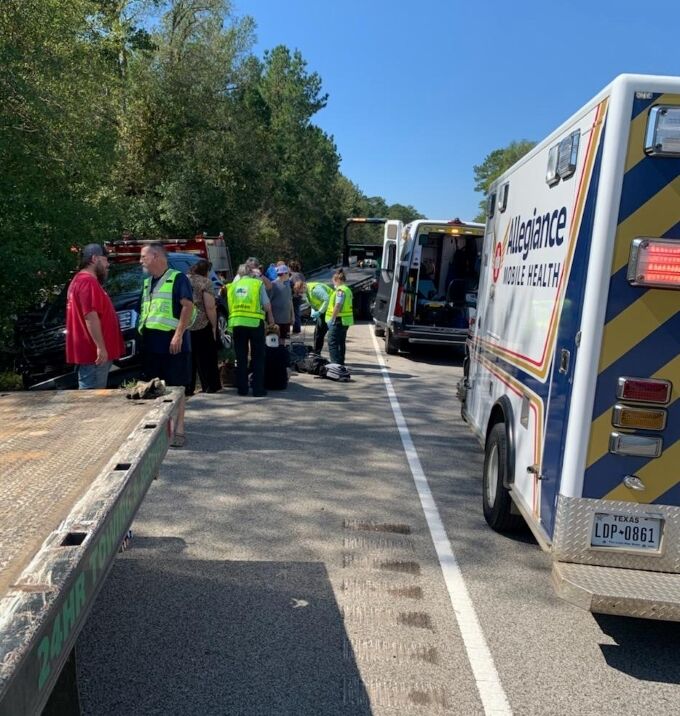 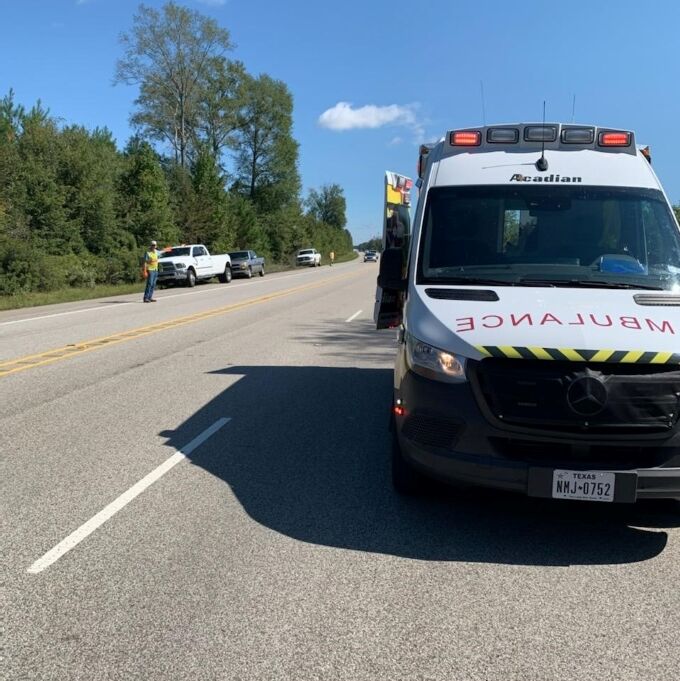 It's a triple tragedy for a Lake Charles, Louisiana family. After losing their home in Hurricane Laura in August, the house that the family had been temporarily living in was damaged on Friday in Hurricane Delta. Now the family is hospitalized after being involved in a major accident in Jasper County as they were returning to Louisiana after evacuating to the College Station area.

The crash occurred early Saturday afternoon on U.S. Highway 190 near County Road 156, just east of Dam B. The Beech Grove Fire Department and other emergency responders were on the scene, which also involved a family from Kingwood that was headed to Dam B to camp for the weekend.

According to Texas Department of Public Safety Sergeant Stephanie Davis, a 2018 Toyota SUV was traveling eastbound on Highway 190 followed by a 2018 Ford SUV. Davis said the driver of the Toyota, Kenneth Matthews, 44, of Kingwood, slowed to turn right onto County Road 156 and was rear-ended by the Ford, driven by Linda Craton, 69, of Lake Charles.

The Toyota went off the highway and rolled upside-down.

Craton was not injured, but the passengers in her vehicle, ranging in age from 8 to 38, were transported by ambulance to Jasper Memorial Hospital for treatment of non-life threatening injuries.

Matthews along with the passengers in the Toyota, ranging in age from 4 to 39, were treated at the scene for minor injuries.