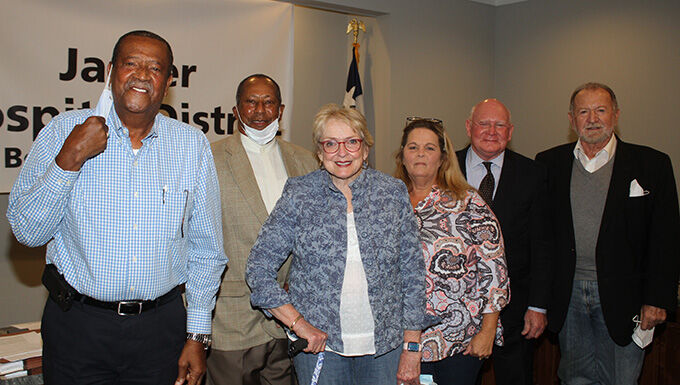 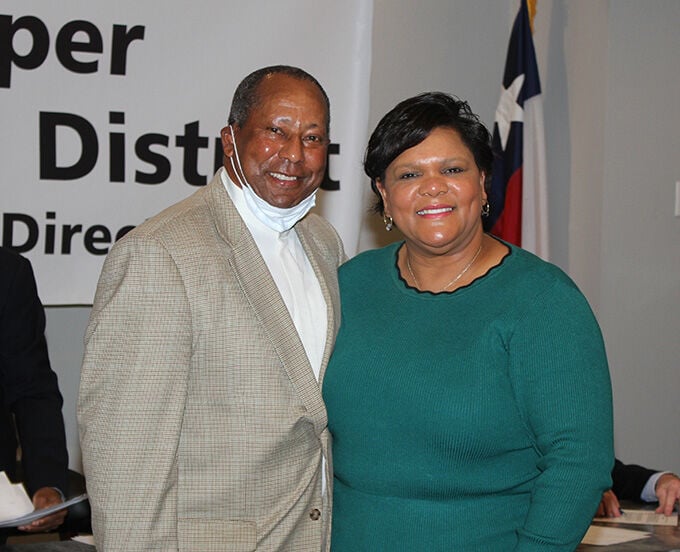 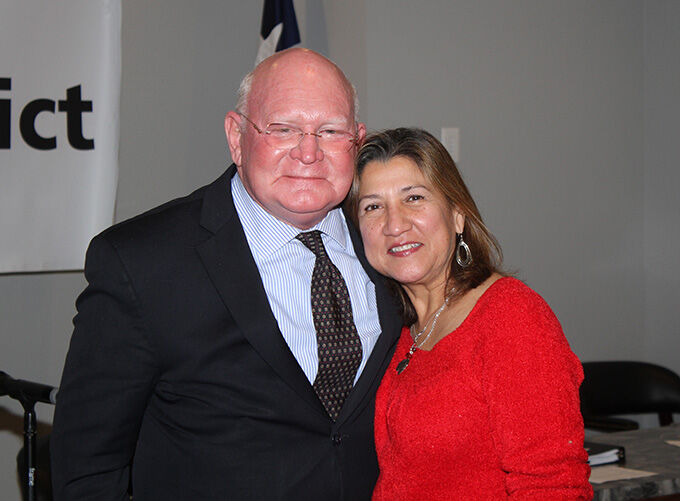 Board member Michael Ratcliff(left) and his wife Dina Ratcliff. 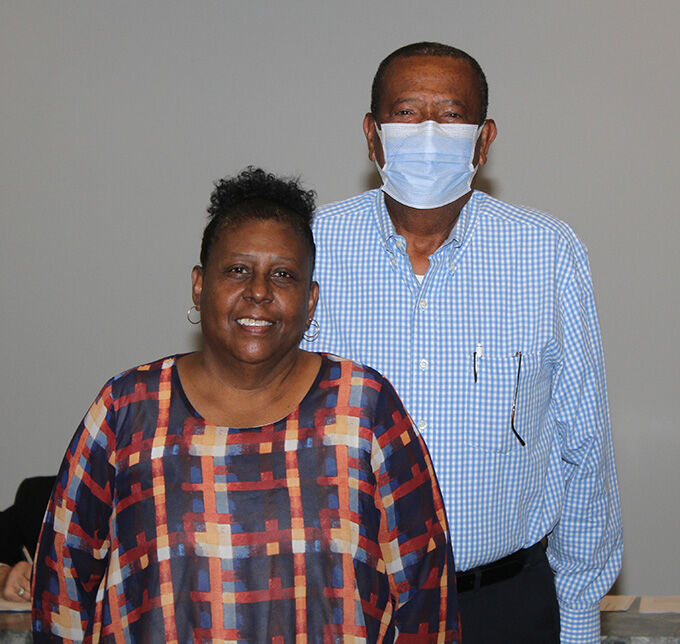 Board member Michael Ratcliff(left) and his wife Dina Ratcliff.

The board of directors of the Jasper Hospital District convened on Tuesday evening and officially swore in new and returning members of the group.

Ironically it was Jasper Municipal Judge Robert Jackson who did the honors, administering the oaths of office. Jackson, who is also a practicing attorney here in the Jasper Area, also serves as legal counsel for the group.

New board members who were recently elected and were sworn in included Laura Moore, Rodney Norsworthy and Linda Templeton.

Also taking oaths of office were the incumbents who were re-elected; Dr. Martin Gilliland and Michael Ratcliff and former Jasper City Council Member Joe Clyde Adams who was appointed to fill the unexpired term of board member Laurie “Ace” Matthews who died a few days ago following a long battle with cancer.

Recognized and thanked for his service to the board was outgoing interim member Victor Williams who had served the unexpired term on Reverend John Hardin who resigned last year.

Following a motion by Dr. Martin Gilliland the board voted to keep the present slate of officers, leaving Kenneth Brooks to serve as president and Michael Stewart Ratcliff to serve as vice president. The motion was also made and passed for Joe Clyde Adams to serve as Secretary-Treasurer.

Addressing the board during the public comment period was local resident Denise Banks, who asked the board to not only encourage the use of face masks during the Coronavirus pandemic. In addition, Banks encouraged the board to take the necessary steps to provide onsite, fast testing for coronavirus in the local area.

As far finances, the board’s attorney, Robert Jackson said the agency was sound. According to Jackson the holdings of the agency now total just over $8 million dollar which Jackson said well exceeded the roughly $6.9 million on hand a year ago. Jackson that was in part due to the increase in rates charged the Christus Health System for a lease on the hospital and it’s facilities.

The meeting was held at the Welcome Center on South Wheeler Street.