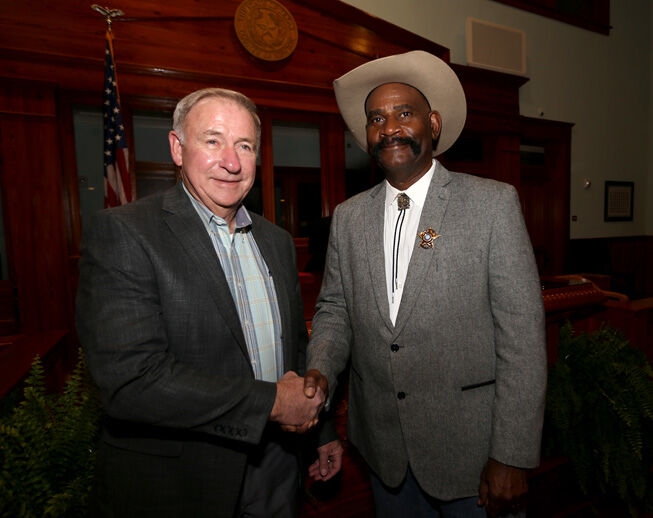 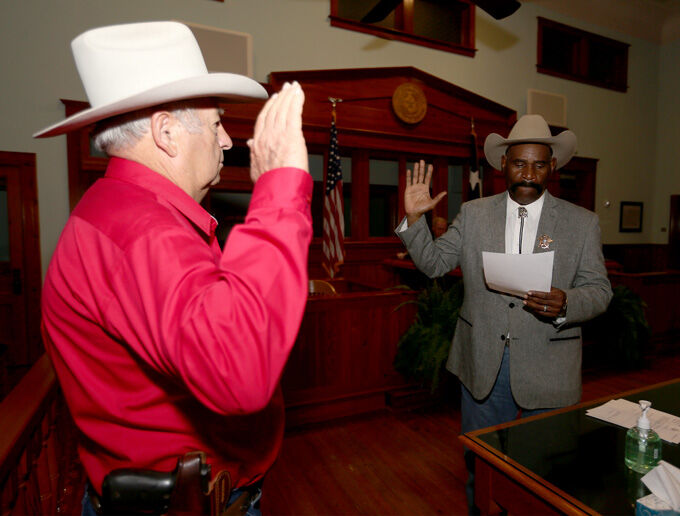 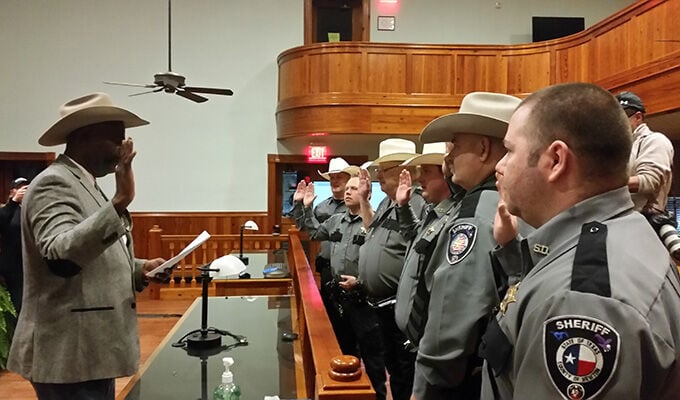 Sheriff Robert Burby(left) officially swears in his deputies as he prepares to protect and serve the people of Newton County. 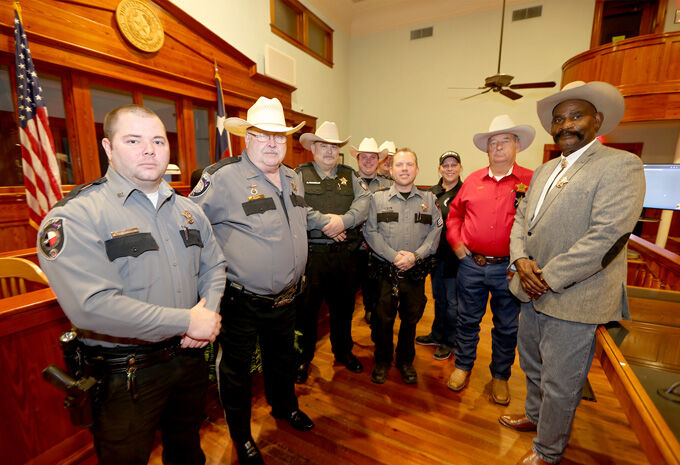 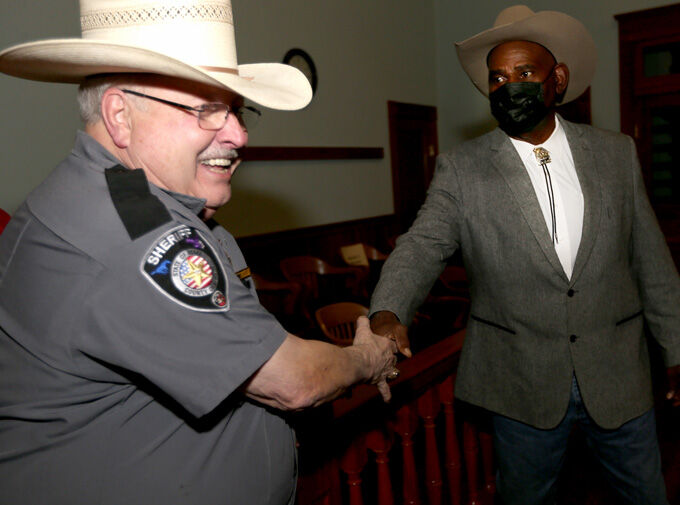 Sheriff Robert Burby(left) officially swears in his deputies as he prepares to protect and serve the people of Newton County.

As with tradition in Newton County, the new sheriff was sworn in at midnight on New Year's Eve and his name is Robert Burby, the first African American to become sheriff of Newton County.

At 65 years old, Burby may be putting on a sheriff badge for some time, but he is definitely not new to law enforcement and brings a wealth of knowledge and experience to the office.

A former military man, Burby has worked in law enforcement for years. Before his retirement and move to Newton County Burby served as police chief for  over 14 years in Texas City, a city of just over 50,000 in the Houston-Galveston Area.

Burby was sworn in by Newton County Judge Kenneth Weeks who did the honors in the District Courtroom of the Newton County Courthouse as friends and family members, along with his deputies looked on.

Burby has said all along that he does not plan to make sudden or drastic changes in the department or it's personnel, but to instead continue to examine the policies and needs of the department with goal of serving the needs of the people of Newton County. However. Burby announced in mid December that he was naming Newton County Precinct 1 Constable Otis Lane as his chief deputy.

Lane, who has since resigned from that position, to serve as Chief Deputy, also brings many years of law enforcement experience to the office. Prior to serving as constable, Lane retired after working for many years as a Texas State Trooper.

Burby replaces former sheriff Billy Rowles who had almost 50 years of experience in law enforcement, who did not seek re-election.