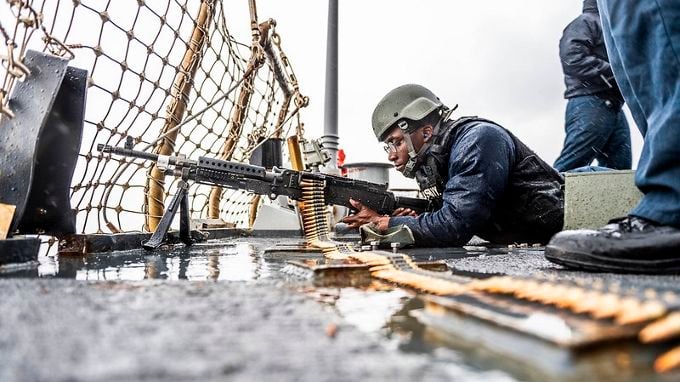 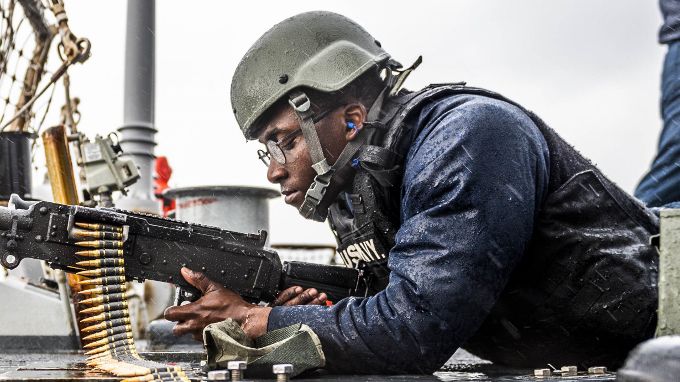 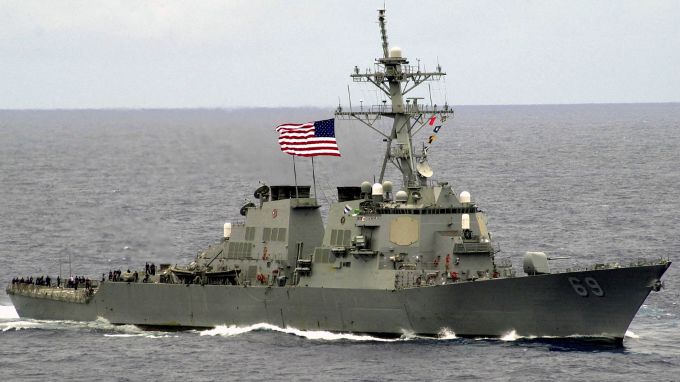 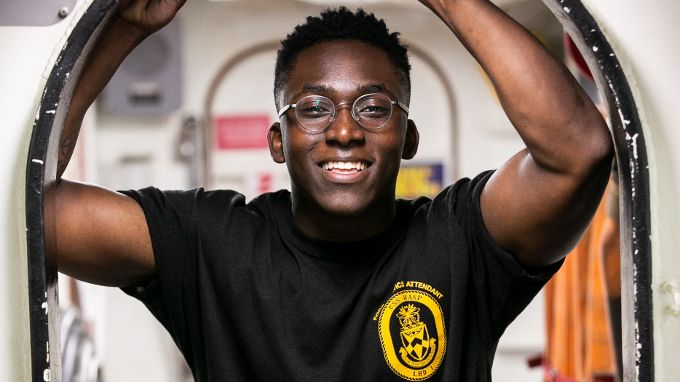 The U.S. Navy has given us an update on Jasper native Derion Salter. In May of last year, Derion was aboard the advanced naval warship USS Wasp. The Navy says Derion, a Gunner’s Mate Seaman Apprentice, is now serving aboard the Arleigh Burke-class guided-missile destroyer USS Milius (DDG 69).

According to the Navy, Derion and his shipmates aboard the Milius have been conducting operations in the Indo-Pacific region while assigned to Destroyer Squadron (DESRON) 15, the Navy’s largest forward-deployed DESRON and the U.S. 7th Fleet’s principal surface force.

The Navy on Thursday released a photo of Derion engaged in a LIVE fire exercise, while on the pitching deck of the ship and covered in a spray of salty sea water.

Derion is a 2016 graduate of Jasper High School, where he was a member of the school’s “Iron Dawgs” powerlifting team.