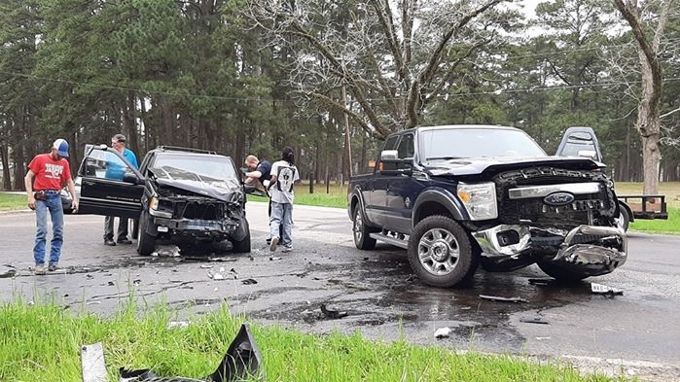 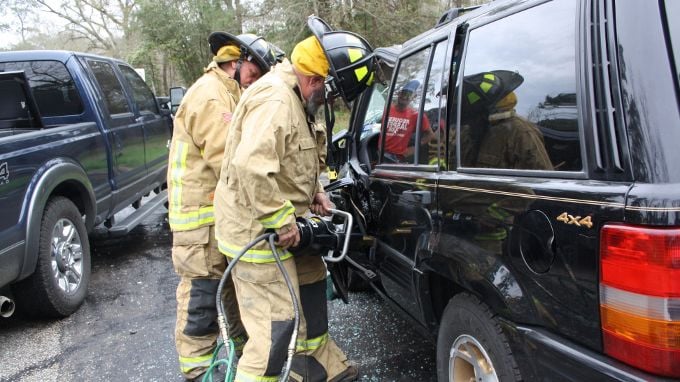 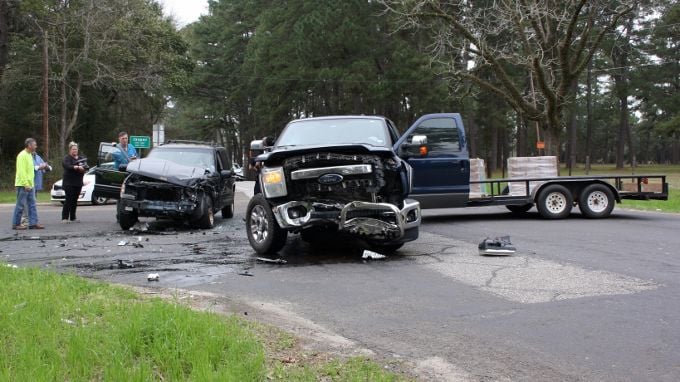 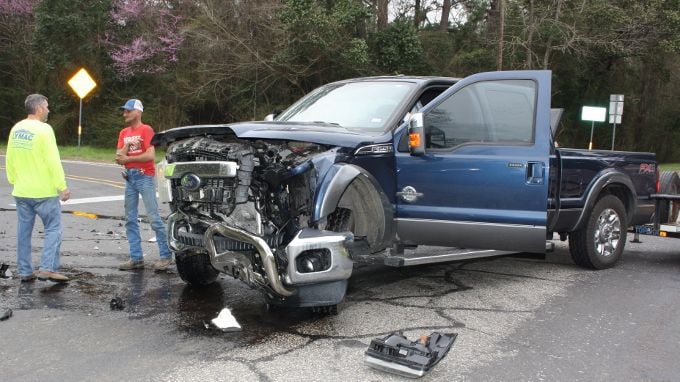 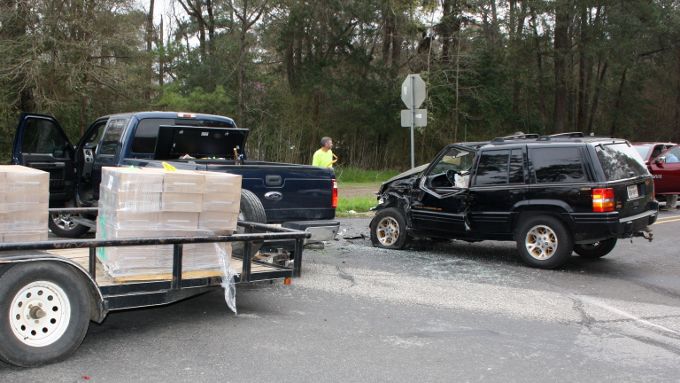 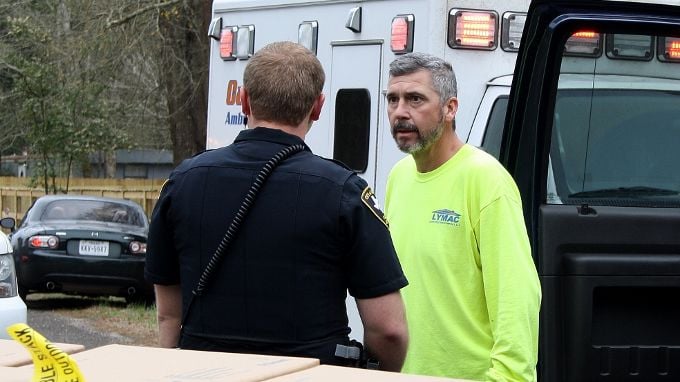 Two people were injured in a two vehicle auto accident that occurred on Tuesday afternoon at the intersection of West Houston Street and Farm to Market Road 777. The crash occurred shortly before 2:00.

According to Lieutenant Garrett Foster of the Jasper Police Department, 49-year-old Stacy Kimble, of Kyle, was driving a 2014 Ford F-250 pickup truck, which was pulling a lowboy trailer westbound on Houston and turned into the path of an eastbound 1998 Jeep Grand Cherokee.

The Jeep, driven by 72year-old Jesse James Williams, Jr., of Silsbee, collided with the truck, resulting in what appeared to be serious, but non-life threatening injuries to Mr. Williams and his wife, Linda Williams, also 72 years of age.

The Jasper Fire Department had to use the Jaws-of-Life to rescue Williams from the Jeep, and then he and his wife were both transported to Jasper Memorial Hospital for treatment.

Meanwhile, Kimble was not injured.

The intersection, which is busy at times, has been the scene of many serious accidents over the years, some of which have taken lives.

The damage was major, but fortunately the injuries were minor in a Friday afternoon crash on…

A Jasper man, who recently survived a motorcycle crash, managed to escape injury on Thursday…

One dead in two vehicle crash at intersection notorious for accidents

One person was injured in a two vehicle auto accident that occurred shortly after 8:00 on Th…

Two injured in auto accident on west end of town

Two people were injured in an auto accident that occurred shortly before 10:00 on Tuesday mo…

Two people were injured in an auto accident that occurred shortly after 1:00 pm on Thursday …

No One Injured In Three Vehicle Accident

Ironically, no one was injured in a three vehicle auto accident that occurred just after 8:0…

Police, Firemen and other Emergency crews were dispatched to the intersection of west Housto…