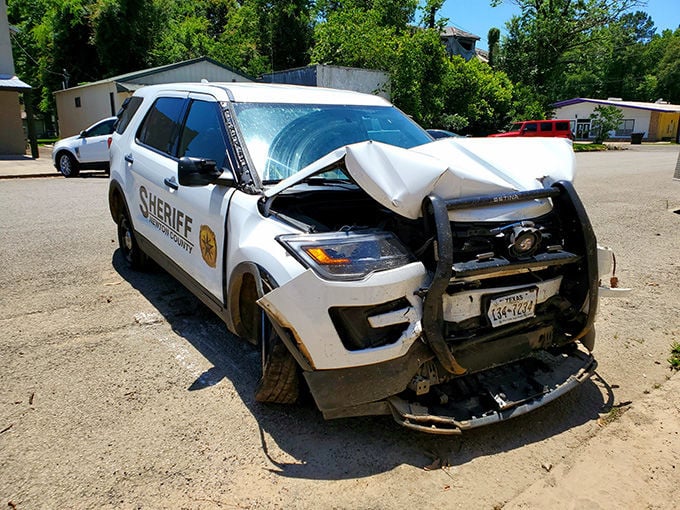 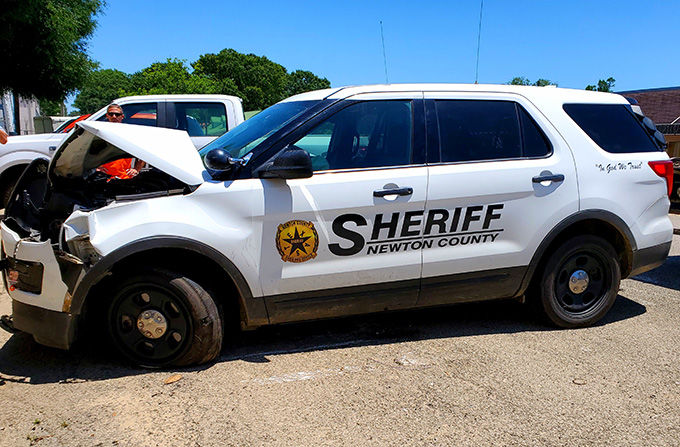 The runaway driver ended up jumping out of the patrol car and running into the woods.

The runaway driver ended up jumping out of the patrol car and running into the woods.

One person is in the hospital and another in jail following a high-speed police chase and crash in nearby Newton County.

Sheriff Billy Rowles said the series of events began shortly before 2:00 on Tuesday morning when a deputy from his department performed a routine traffic stop near the Newton County Courthouse.

Rowles said that upon meeting the driver of the vehicle a scuffle began and before it was over the driver jumped into the deputy's patrol car and took off. A chase ensued and an officer from the Newton Police Department soon joined the pursuit.

Rowles said that following a back and forth chase that spanned almost 12 miles south on Highway 87, the suspect suddenly turned the sheriff's car around and hit the Newton Police vehicle head on.

Following the crash the driver of the run away vehicle reportedly ran into a nearby wooded area but was soon captured by officers who chased him into the woods.

The officer who was driving the police car was taken by helicopter to a hospital in Beaumont, where he treated and was later released. The suspect was taken to Christus Jasper Memorial Hospital, where he was treated, before being transported to the Newton County Jail, where he was at last word still being held.

The names of the injured police officer and the suspect have not been released. However, KJAS Radio News has learned that the suspect is a resident of the Trout Creek Community.

On Wednesday, Newton County Deputy Landon Cargill disputed a statement from his boss, Sheriff Billy Rowles. Cargill said "I didn’t fight the driver of this vehicle he was a passenger and refused to be detained. A foot pursuit followed by me catching him and I fought him alone for about 15-20 seconds before another officer that was off duty assisted me. This guy attempted to grab my duty pistol and after this officer and I could still not gain control I request that officer to let him go so I can deploy my taser. Taser had absolutely no effect on the male and kept running and entered the driver’s seat of my patrol car where he then drove off at a high rate of speed. Suspect was eventually in custody and transported to JMH were we found out the he was under the influence of both meth and PCP (Which explains why he felt no pain from the taser)."

Cargill went on to say "It has since then been explained better".

A 29-year-old man from the Trout Creek area has been charged following an incident in Newton County. According to Sheriff Billy Rowles, 29-yea…