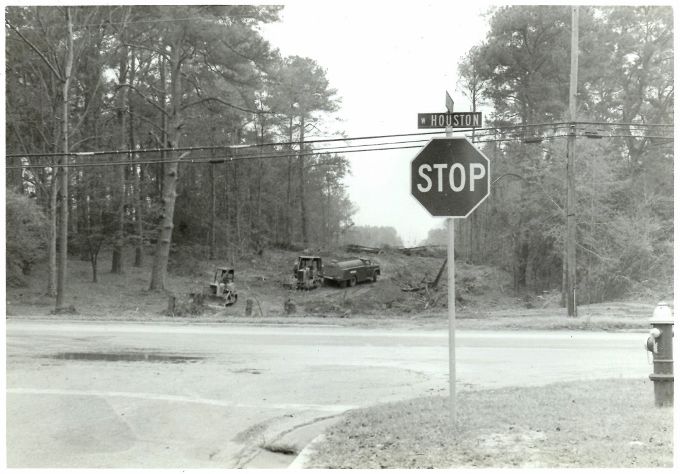 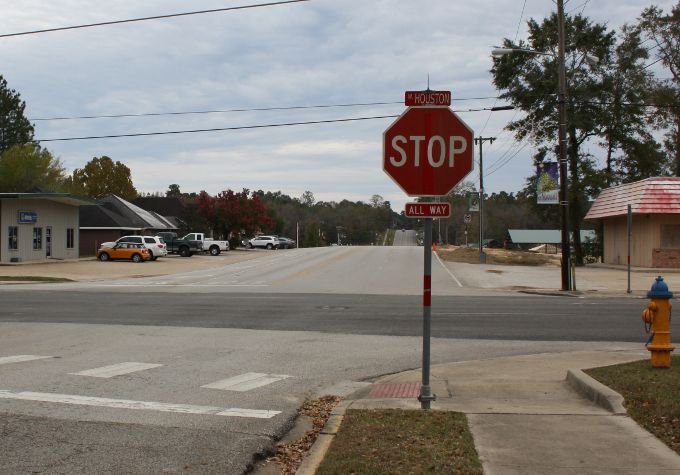 KJAS was recently given numerous old black and white photos from in and around Jasper that were shot in the late 1970's and early 1980's. They were used in a defunct newspaper named The East Texan, which only existed for a few short years.

One of those photos showed the clearing of a strip of land for what would become Marvin Hancock Drive between West Houston Street and Highway 190 West.

Once the land was cleared and tree stumps were removed, work crews had the task of not only building a 4-lane roadway, but also a bridge across Sandy Creek.

The old black and white photo was taken from 2nd Street just north of West Houston Street looking south. On Wednesday, we tried to position our camera at approximately the same spot to recreate that photo.