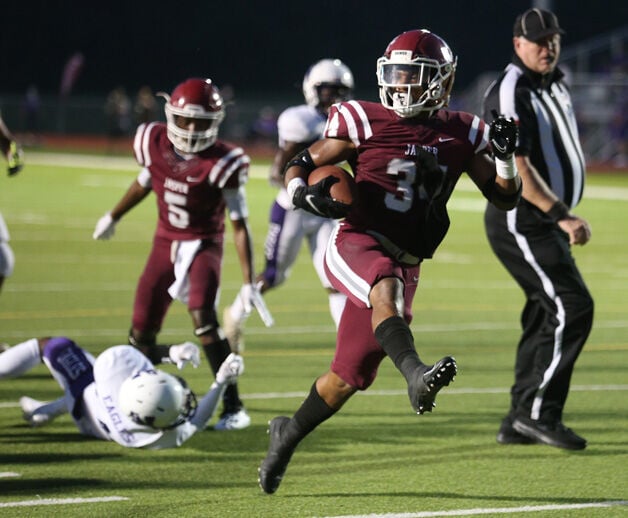 Jasper’s Carl Limbrick uns in for a touchdown against Newton High School in first half action Friday, August 11, 2020. Photo by Ricky Moon 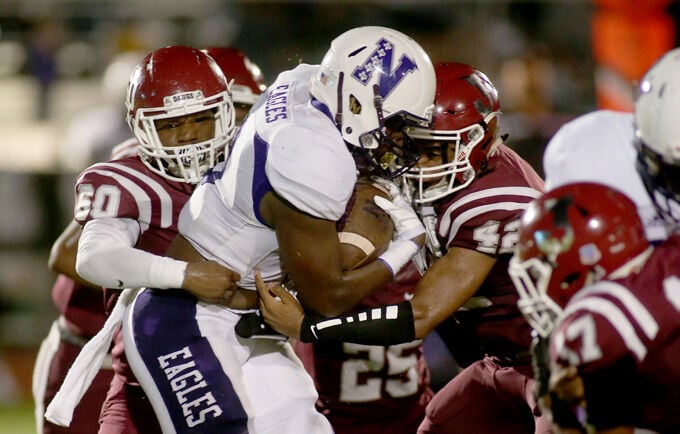 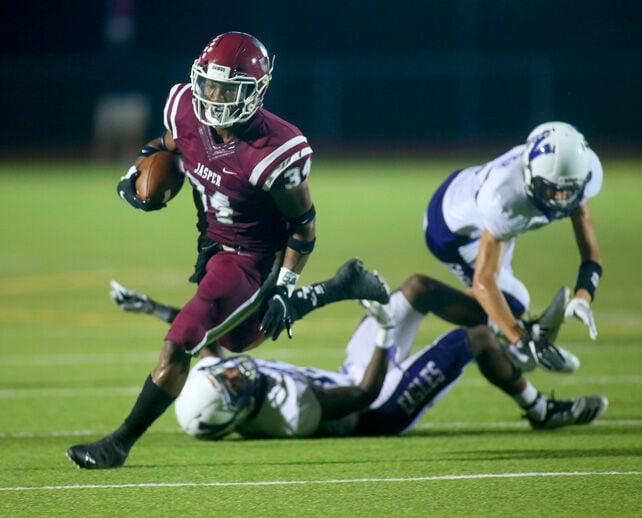 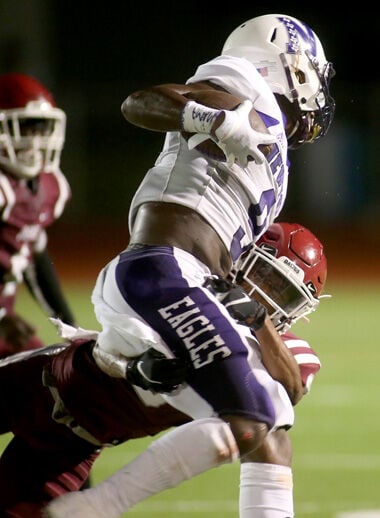 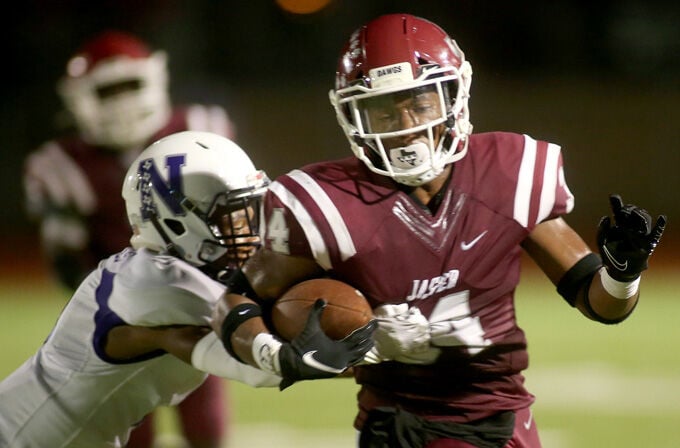 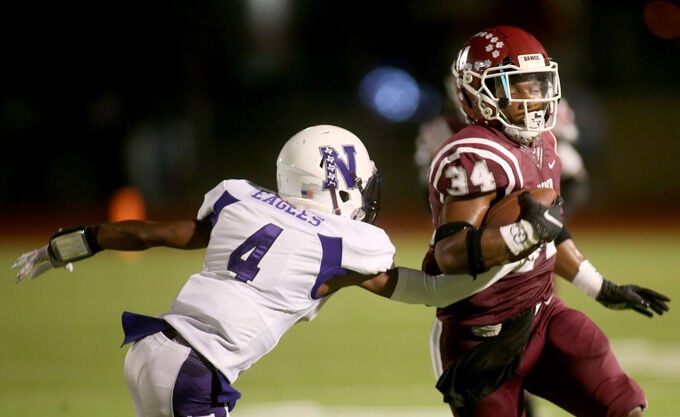 Jasper’s Carl Limbrick uns in for a touchdown against Newton High School in first half action Friday, August 11, 2020. Photo by Ricky Moon

We thought it would be close. It wasn’t. The Jasper Bulldogs rolled over the 3-A Division II state ranked Newton Eagles on Friday night in Bulldog Stadium. For Jasper it was the Carl Limbrick Show; the big back had a big night, carrying the ball 331 yards on the way to 6 touchdowns before he finally retired for the evening midway through the 3rd quarter.

Newton lit up the scoreboard first and very early in the game. On their first possession the Eagles scored on a 7 play drive, and a 2 point conversion gave them an early 8-0 lead over Jasper.

Jasper answered right back. On the first play from scrimmage on their first possession, Carl Limbrick busted loose for the first of his half-dozen touchdowns, carrying the ball 60 yards to the end zone. Ayden Garcia added the extra point and at that point Newton still lead 8-7.

On Newton’s next series, Jasper recovered a fumble to set them up deep in Newton territory, and again it was Carl Limbrick who weaved his way up the middle to the end zone.

Meanwhile, Head Coach Darrell Barbay dialed up an air strike and quarterback Trashawn Adams answered, delivering a 25 yard TD pass to Micah Pickering late in the 2nd quarter. Adams also found the end zone himself on a quarterback sneak in the 3rd quarter.

Jasper went in at the half leading Newton 42-14.

The Dawgs continued scoring in the second half, including a 6 yard TD run turned in by Andre Thomas late in the 3rd quarter.

The officials went to a running clock in the last stanza and Jasper won it 63-20.

Jasper moves on to face Hardin-Jefferson in Sour Lake on Friday, September 18th.