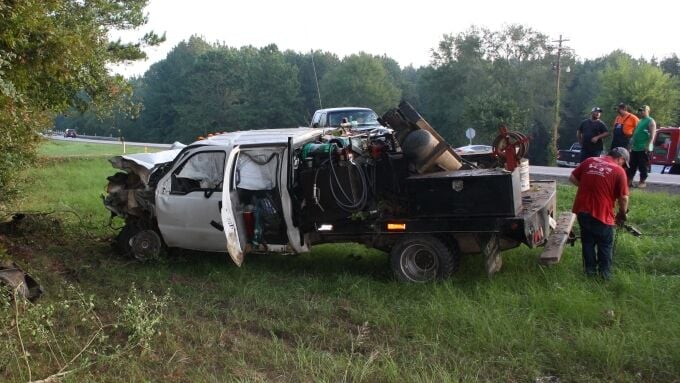 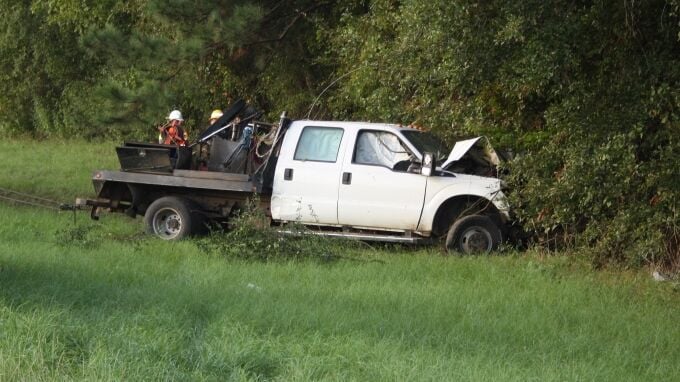 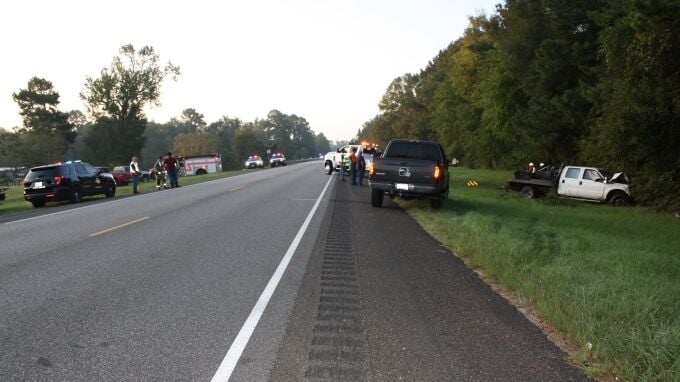 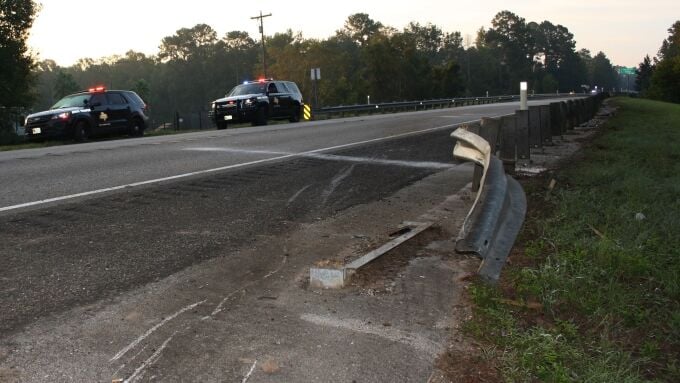 The Texas Department of Public Safety has released details regarding an early Wednesday morning crash involving three vehicles and leaving three people injured,. It happened at about 4:30 on Highway 63 West at the Angelina River Bridge.

Davis said for an unknown reason the driver of the Ford truck crossed the center line and first struck the 18-wheeler, and then the Nissan and the guardrail of the bridge, and then went off the road where it collided with trees.

Davis said the driver of the Ford work truck, 47-year-old Thomas Berger, of Jasper, was transported by ambulance to Jasper Memorial Hospital with serious injuries.

According to Davis, the driver of the Peterbilt, 51-year-old David Murray, of Huntington, and the driver of the Nissan, 35-year-old Brett Foreman, of Jacksonville, were also transported by ambulance to Jasper Memorial. The extent of their injuries was unknown.

Davis said Berger will be issued a traffic citation for driving on the wrong side of road-not passing.

Firefighters and First Responders from both the Angelina River and Lake Rayburn Fire Departments worked the crash scene.

A three vehicle major accident resulted in Highway 63 West being blocked intermittently early Wednesday morning. The crash occurred at about 4:30 at the Angelina River Bridge.

Details have not yet been released. Sergeant Stephanie Davis with the Texas Department of Public Safety said that as of daybreak, troopers were still at the scene investigating.

KJAS News will update this story when information is released by DPS.