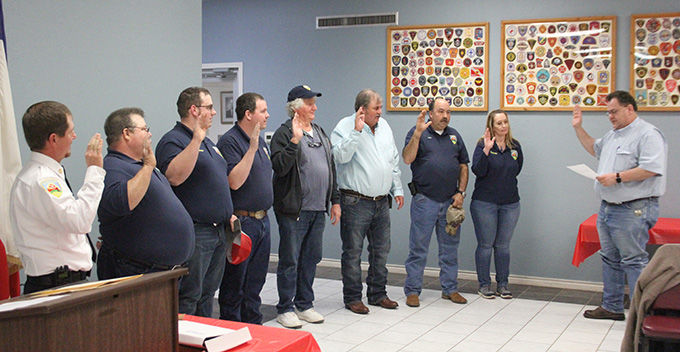 Jasper County Judge Mark Allen administers an oath of office to the firemen. 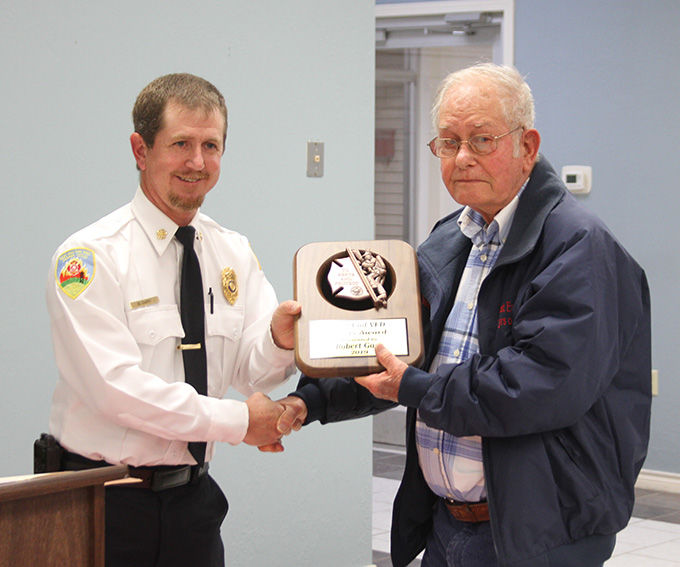 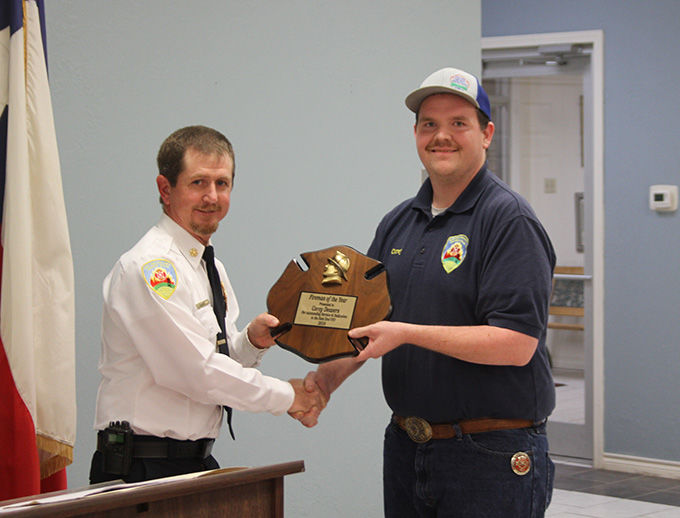 Jasper County Judge Mark Allen administers an oath of office to the firemen.

The members of the East End Fire Department at Holly Springs recently held their Annual Awards Banquet and installation of officers.

A special part of the evening was when the Chief of the Department, Bob Gary presented the coveted Chief’s Award to his father Robert Gary, who is now retired after serving in the department for over 36 years. In addition, Robert Gary was also named as an Honorary Firemen for Life.

Others honored for their service included Chief Bob Gary, who has served for over 25 years and Deavers, who was named Firemen of the Year

In 2019 the East End Fire Department at Holly Springs, which has a substation at Harrisburg, had a relatively slow year and answered 18 calls for help and pampered over 11,000 gallons of water extinguishing fires.

Guest speaker for the event, which was held at the Jasper Fire Station on Water Street was local State Farm Insurance Agent Brent Meaux, who talked about leadership, volunteerism and meeting and serving the needs of the community.