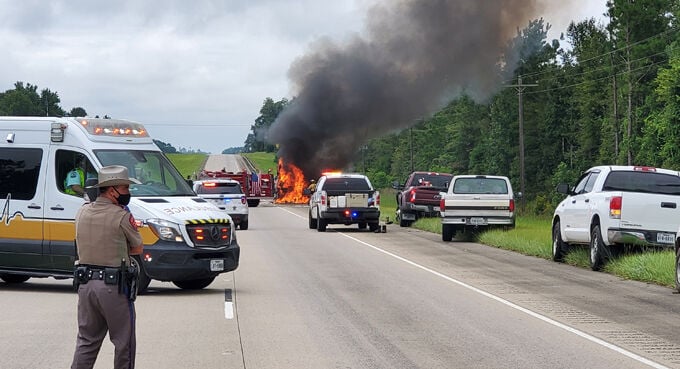 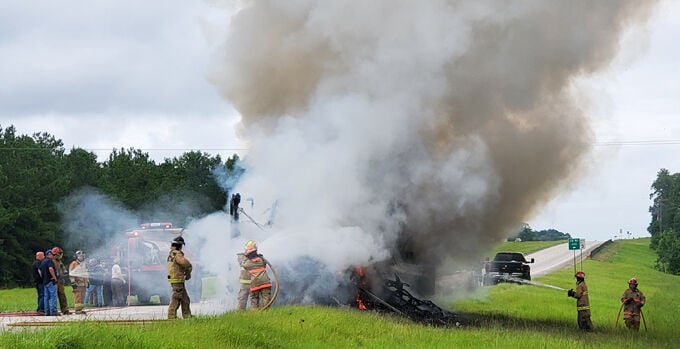 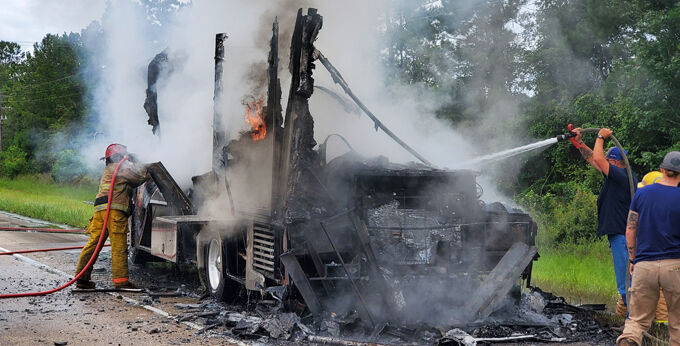 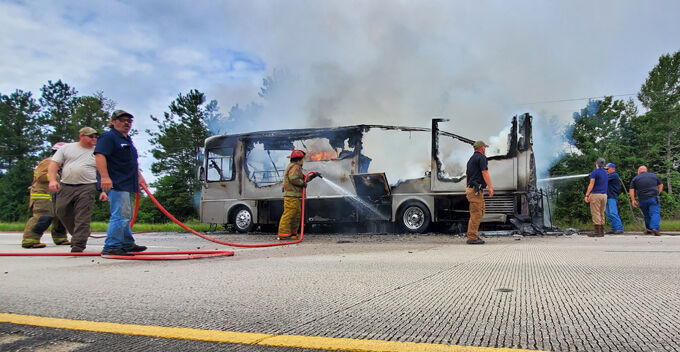 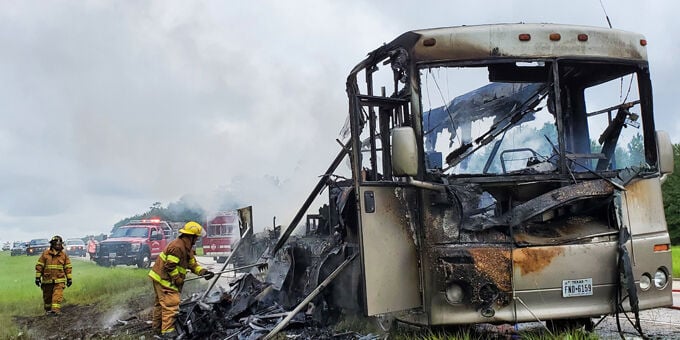 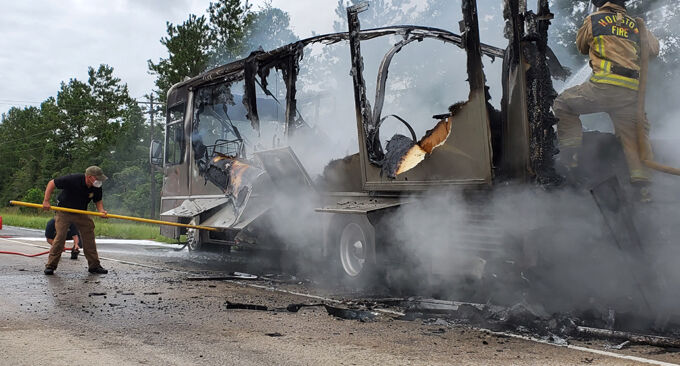 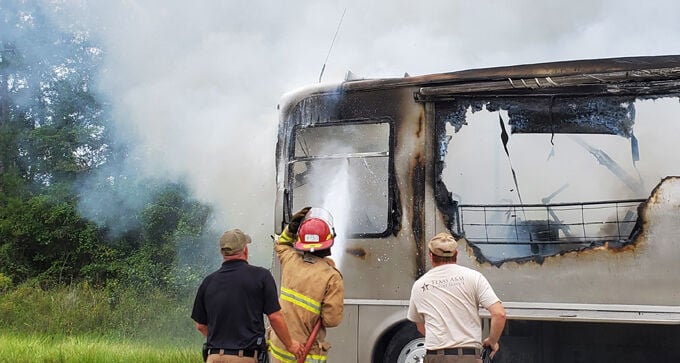 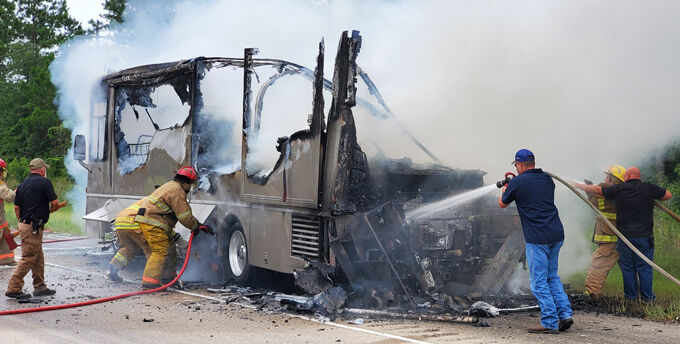 A motorhome was completely destroyed, but fortunately no injuries resulted from an incident that occurred on Monday morning on Highway 96, between Jasper and Kirbyville.

The volunteers of the Roganville and Tri-Community Fire Departments were dispatched to the location just south of Farm to Market Road 2245, commonly known as “Roganville Road” shortly after 10:00 and arrived to find the 2001 Winnebago completely engulfed in flames.

What caused the fire is unknown, but the driver of the southbound vehicle told officers that he first detected the smell of smoke as he headed south from Jasper. The driver said, that as the smell of something burning became stronger, he pulled off the road and found fire burning beneath the vehicle.

Both the north and south bound lanes were closed for short period of time until firemen were able to the extinguish the fire and clear the vehicle and debris from the roadway.